Ryan Garcia is one of the most significant prospects in the Boxing world. He is an undefeated boxer who is on the verge of superstardom.

Though he hasn’t won any significant boxing world titles, he has got a huge fan following behind him.

Rener Gracie is a part of the renowned Gracie family. He is the grandson of Grandmaster Helio Gracie and the son of Rorion Gracie.

Rener posted a photo on his Instagram which featured the boxer, Ryan Garcia.

In his caption, he stated that it was Ryan’s first day training and asked the fans how much time it would take for Ryan to get a black belt.

Garcia also replied to this post saying “One day” wistfully.

“Day 1 🥋 How long you think it takes @KingRyan to reach black belt?” 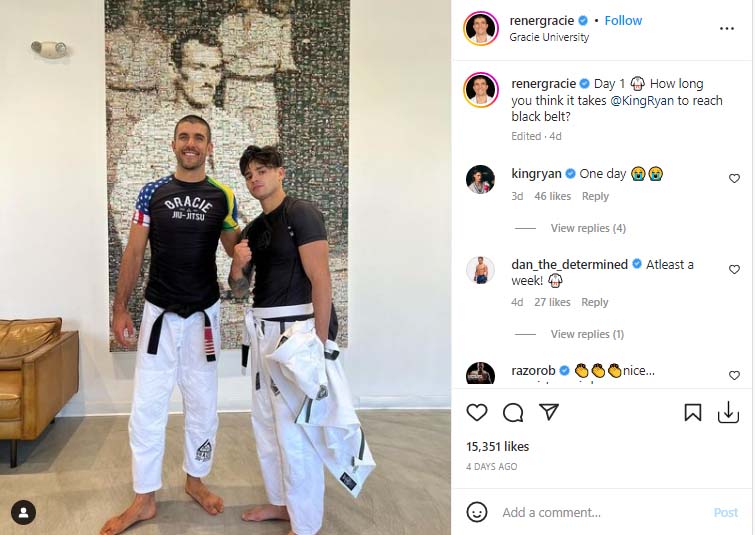 It will be a huge task for Ryan Garcia considering BJJ black belts take on average between 5 and 10 years of training.

Ryan is an active professional boxer and competes at the highest stage in the world.

For him to get a black belt in the BJJ, it will require several years of training and participating in BJJ tournaments.

Many active MMA fighters get their BJJ black belt late in their fighting career. 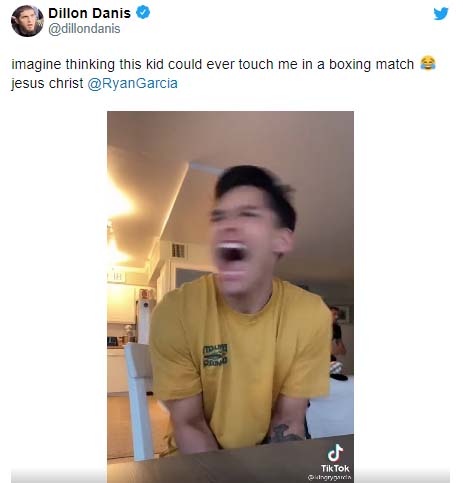 The dispute started after Dillon Danis stated that Ryan Garcia won’t be able to defeat him in the boxing ring.

The duo went back and forth on social media.

Ryan Garcia had also said that he would do well against Danis in a BJJ match.

Garcia is now reportedly preparing for a world title against Gervonta Davis.

This is going to be one of the biggest events in 2023, in the boxing world.

Ryan Garcia last competed against Javier Fortuna in a super lightweight bout. He won via TKO in the sixth round.

There’s no date or place confirmed at this time. Gervonta Davis will be by far be the biggest test of Ryan Garcia’s boxing career.