One of the most accomplished American boxers in recent years  Claressa Shields made the headlines affirming that she could earn a BJJ black belt in under two years.

In an interview with ESPN, Shields stated:

“I can still learn that stuff. It really depends on how long it takes for you to become a Jiu-jitsu black belt.” 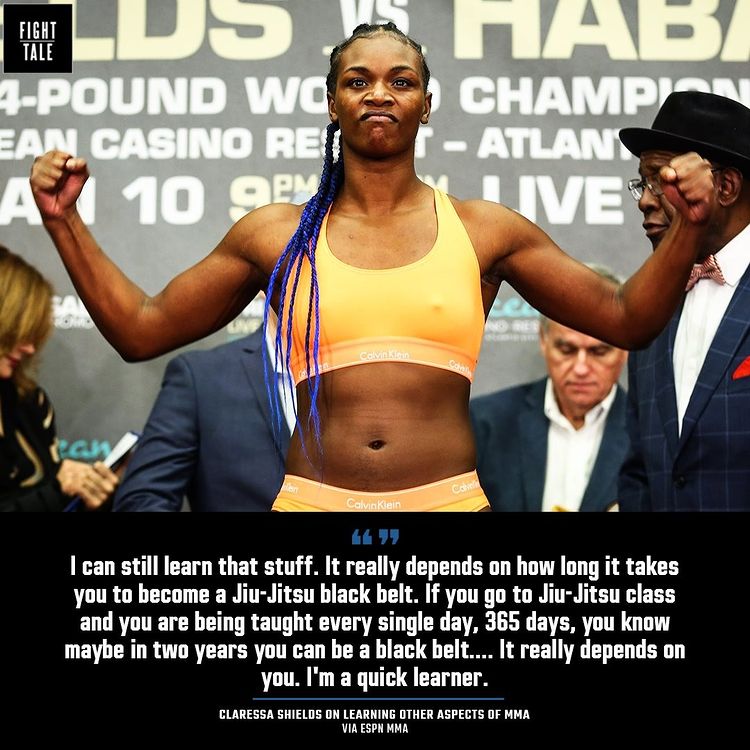 “If you go to Jiu-Jitsu class and you’re being taught every single day, 365 days … maybe in two years you can be a black belt. It really depends on you. I’m a quick learner.”

The BJJ community in particular did not take these declarations too kindly.

Some say that the boxer was undermining the idea of how hard it is to become a black belt, and they might have had a point.

First, we should ask ourselves… Can someone become a competitive blackbelt in just two years?

Realistic speaking? No, not really.

Shields is a world champion in her sport, so no doubt that she has what it takes to quickly learn another martial art.

But there have been several reports of athletes from other sports becoming black belts in record time. But the common denominator is that these athletes already come from a grappling-related sport, or are truly phenoms of the sport.

The thing is, Stevens was already an Olympic Silver medalist in Judo.

And then we have stories like BJ Penn and Caio Terra. Both earned their black belt in just three years. A feat so amazing that we’re talking about it to this day, and that is still a year longer than Claressa Shield’s prediction.

Claressa made her second MMA fight back in October for PFL, and she happened to get dominated with takedowns and ground control the entire fight.

And while it sucks to kick someone when they’re down. That half-guard game is far… far away from being black belt level.

Sure looks like someone hasn’t been attending her daily BJJ classes, doesn’t it?