Bobby Green is just 36 year old yet he has more than 40 professional MMA outings. Green’s record stands at 29 wins, 13 losses and 1 draw.

Green is currently scheduled to compete against Drew Dober at UFC on ESPN this next weekend.

He happens to be coming off of a USADA suspension for having used a DHEA supplement.

Dehydroepiandrosterone (DHEA) is considered a testosterone booster and a fat burner and is on the USADA blacklist – which Green alleges he didn’t know.

USADA accepted his plea and reduced the suspension to just 6 months. For the sake of comparison, UFC’s Ashlee Evans-Smith received a 14 month suspension for DHEA.

Green last competed against Islam Makhachev on short notice. Green lost via TKO back in February of this year. Makhachev went on to win the UFC lightweight title in his next outing.

Green went on to accuse Makhachev of using PEDs since he was a teen:

“His school that he trained at in Russia. They just gave them vitamins. You know, they’ve been doing this since since who knows when when you start training. Imagine if you gave someone ste roids from the age of ten, 12, 13, 14, 15. How strong you would be, people. He was really strong. It makes sense now. There’s two people that I moved around with.”

“I’m not going to say their names, but I was like, That’s interesting I moved with thousands of guys. That was interesting. I told my coach they think there was something interesting about Islam and I felt it and like, it’s just not human. It makes sense.”

Green also proclaimed that if he could do PEDs he could kill everyone.

“And so it makes sense to me. Now, I wonder what the why those the Dagestantians were winning so much. They’ve been bred to do this. That’s why I could train a nine year old against a bear. We’ve been doing this stuff since kids. They’re they’ve been bred to be better than us. I’m sorry. So they’re going to win.”

UFC lightweight title challenger Islam Makhachev was once suspended by USADA for using meldonium. Surprisingly, a lot of Russian athletes popped for the same reason after it was prohibited in 2016. However, a lot of people still don’t know what meldonium is.

To put it simply, meldonium is a medication that helps increase the blood and oxygen flows throughout the body by expanding the artery. This is quite obviously useful for both heart issues and combat sports.

Makhachev subsequently claimed he had a heart surgery to fix an issue.

A lot of Russian athletes were flagged for meldonium within six months of it getting blacklisted by USADA. One of the athletes was UFC lightweight Islam Makhachev. 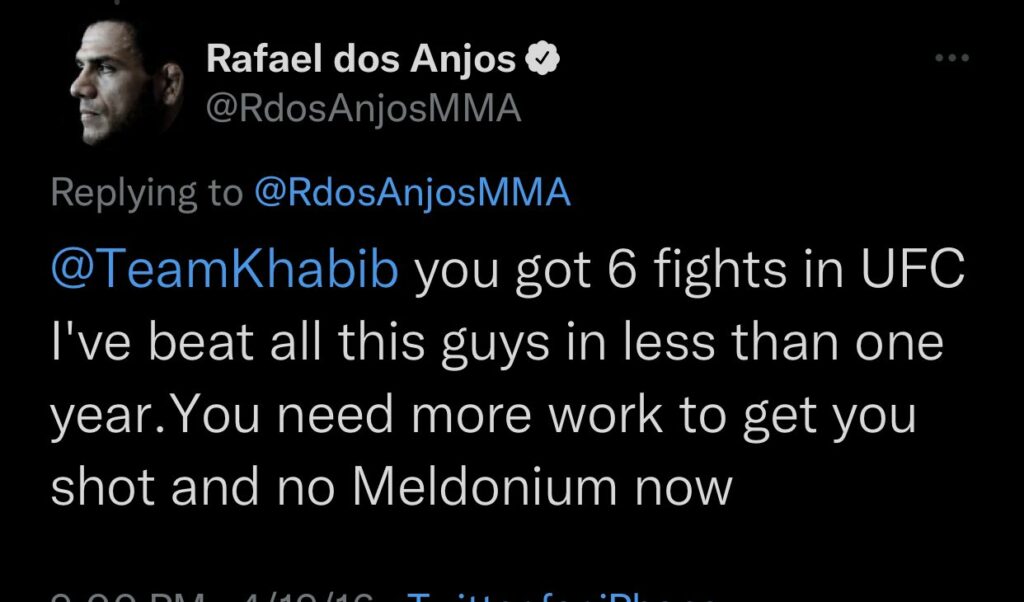 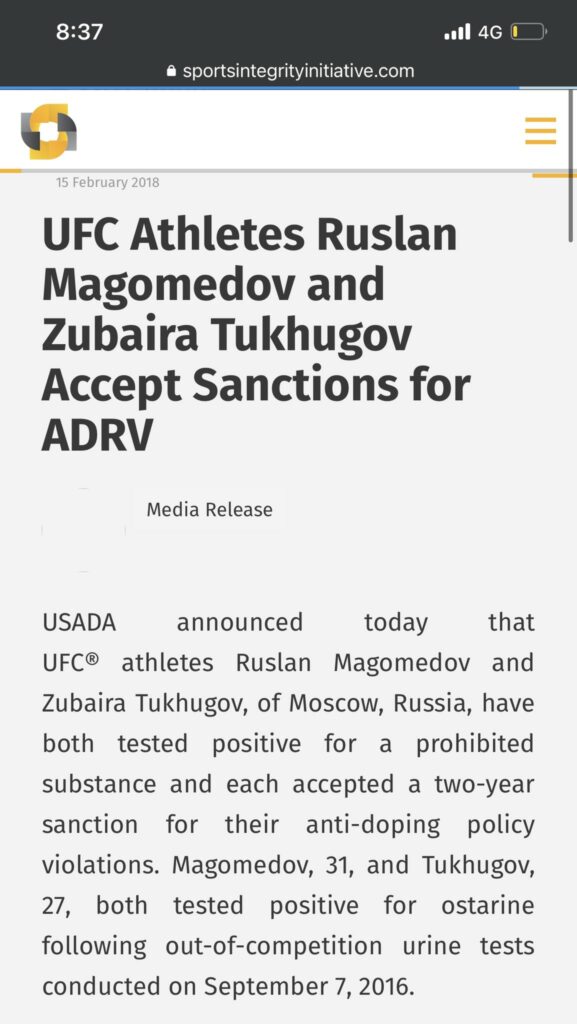 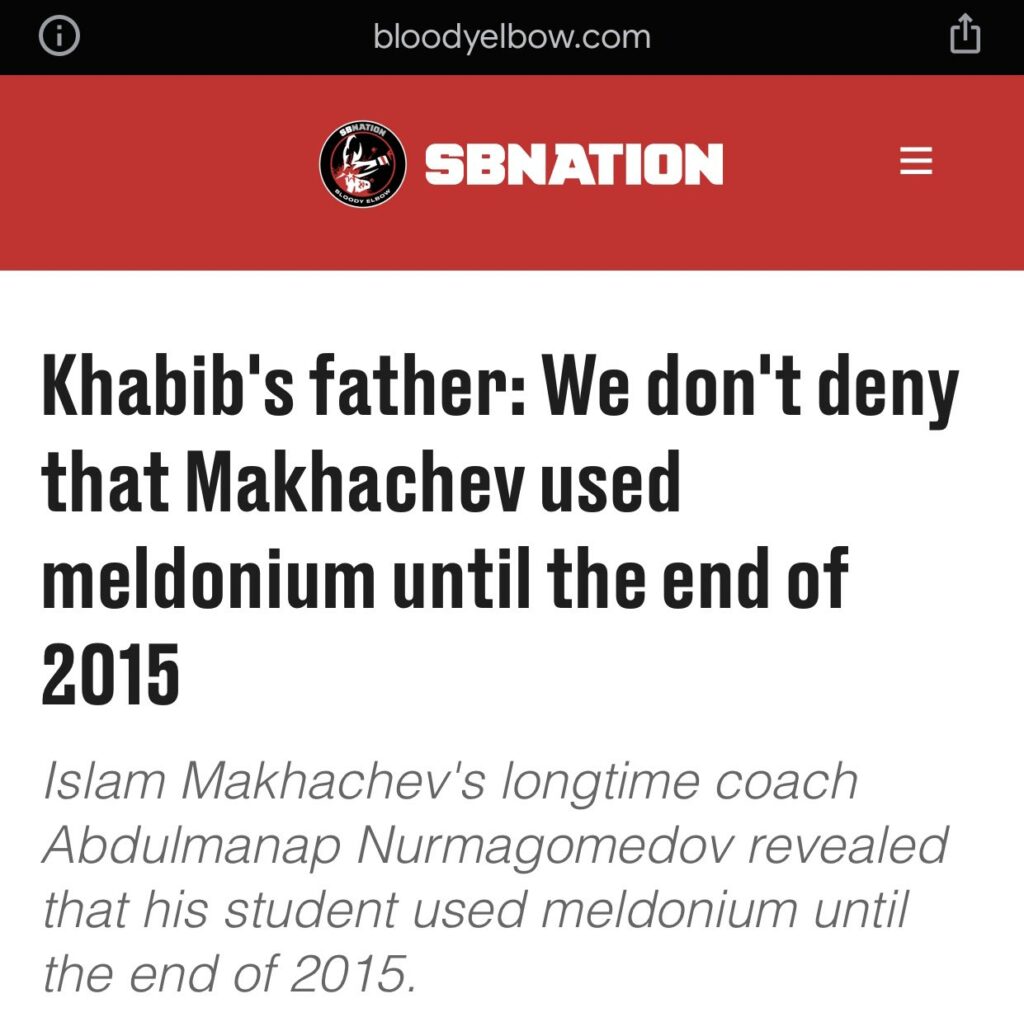