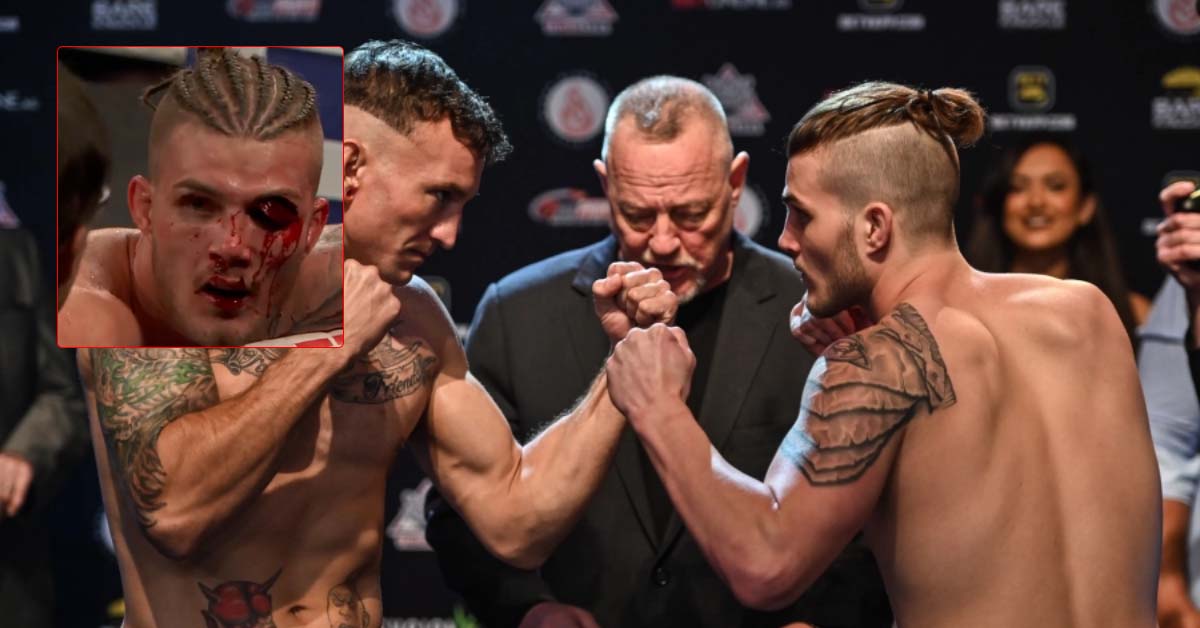 Mixed martial arts fights are known to be one of the most dangerous combat sports in the world. But oddly Bare Knuckle Fighting Championship claims to be among the safest of sports. In theory this might be true because some scientific research indicates that gloves and protective gear are actually detrimental to brain health – however this certainly isn’t true for cuts. And Jordan Nash’s case proves it.

This fight was Nash’s second bout in BKFC. Previously, he fought Brandon Allen back in July and came out as the winner via unanimous decision. However, his second outing wasn’t what he expected. Not only did he lose the bout, but Nash also had to go home with a messed-up left eye. His eye was so messed up – the lid was barely attached.

This prompted the doctors to stop the fight during the fifth round. Some fans even think that the eyelid is torn off. The injury is so gruesome with copious amounts of  blood coming out.

Many fans claim that these kinds of injuries happened because BKFC fights don’t require padding the knuckles. BKFC allows for wrapping of the hands within one inch of the knuckle which makes it more dangerous.

Jordan Nash started his professional debut in March 2020 and has fought 2 times in MMA. With this loss, Nash has a score consisting of 3 wins and 2 losses. Nash can only hope the compensation is enough to cover the surgery.