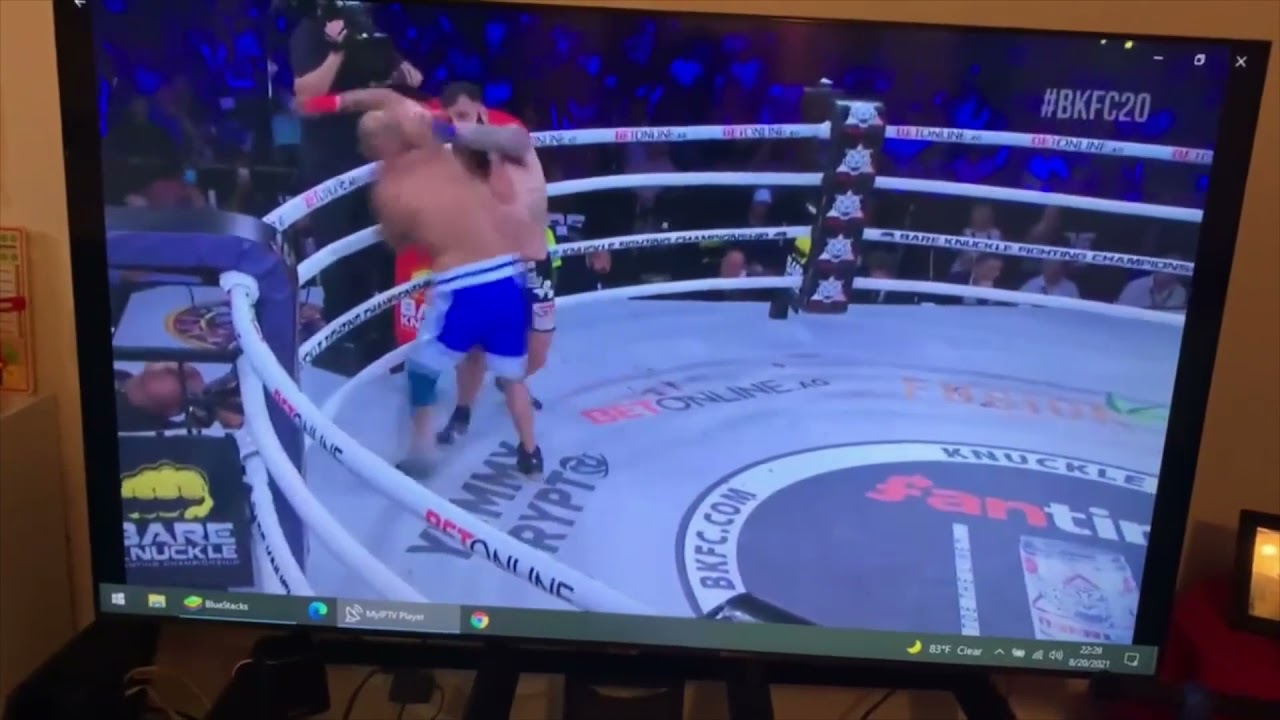 Bare Knuckle Fighting Championship Fighter Justin Thornton tragically lost his life due to injuries he suffered in his last fight.

“This morning we were very saddened to be notified of the passing of one of our fighters, Justin Thornton, who competed at BKFC 20 on August 20, 2021,” BKFC president Dave Feldman told MMA Fighting. “We join the rest of the combat sports community in sending our deepest condolences to his family and loved ones.”

But while BKFC acknowledged the loss it would be perhaps far more nuanced had they acknowledged that this loss comes following their own matchmaking failure. Namely, 38 year old Justin with a record of 6-15 was matched with a 11-1 record fighter Dillon Cleckler. Thornton had an ok record to begin with – but he was on a 5 fight losing skid. His last victory in MMA came over 5 years ago in October 2016.

The fight was sanctioned by the Mississippi athletic commission which seems to be somewhat less legit than many others.

The injury itself would be just as likely to occur in boxing. One good source on this lawyer Erik Magraken notes:

The injury data to date for bare knuckle boxing is revealing a lower concussion rate than gloved boxing however combatants incur a high incidence of lacerations and broken hands. 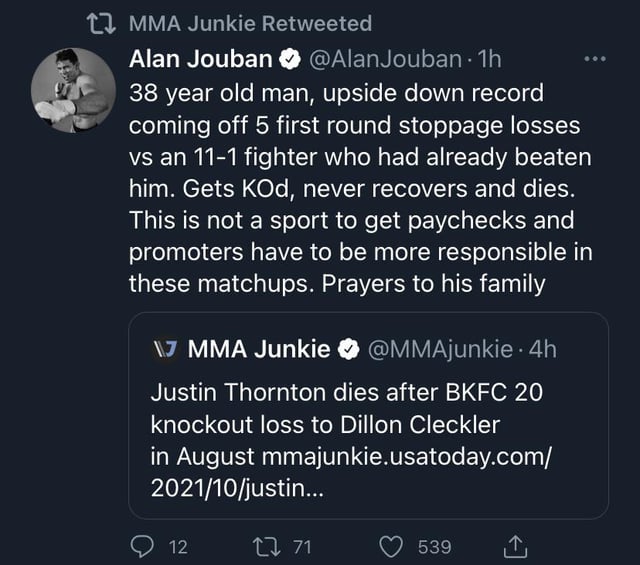