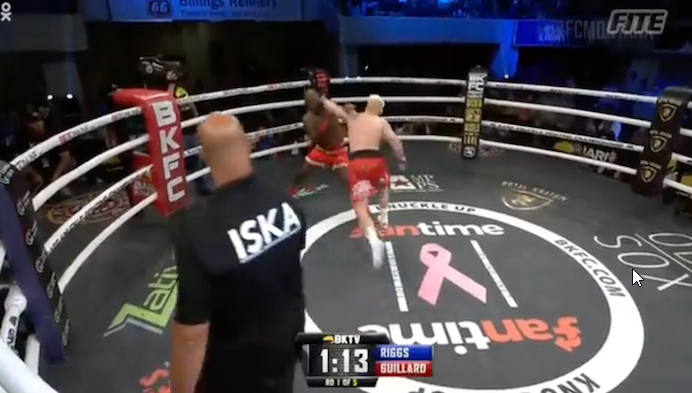 It hasn’t even been a week since Justin Thornton tragically lost his life in the aftermath of a knock out at Bare Knuckle FC. BKFC’s latest card featured a match up between Joe Riggs and Melvin Guillard.

Guillard found himself floored and couldn’t get back on his feet after the contest lasted just 59 seconds.

Guillard is now 0-4 in his BKFC outings. At 38 years old he’s now lost his 10 last MMA fights. He hasn’t won a fight since 2017. Is it time to start taking a closer look at licensing for these fights?