BJ Penn’s political race has come to a close earlier today after the Supreme court of Hawaii decided that Penn’s complaint had no merit.

Penn refused to concede despite losing the GOP nomination for governor of Hawaii by over 20 points back in August.

According to his complaint (via The Honolulu Star Advertiser)

“There is an appearance of inaccurate reporting, ballot mishandling, ballot design components, breaches at counting centers and ballot deposit sites, discrimination, voter suppression, and media violations are the main catalysts for this inquiry.”

Hawaiian court closed the case finding that no violations were found. 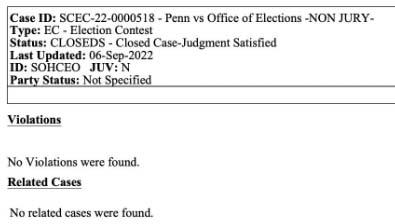 Penn still filed a motion to reconsider – and was denied promptly. He’s still not giving up on it. While Penn once supported mail in voting, he’s now adamantly against. 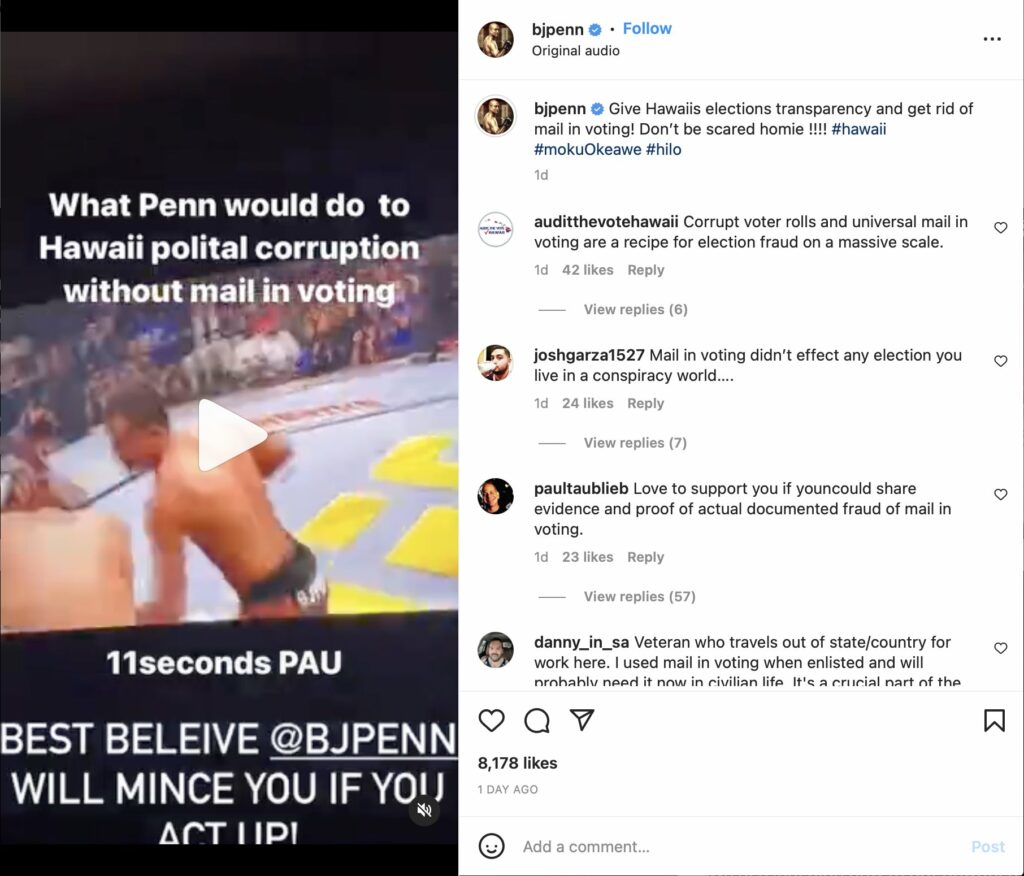 This is in complete contrast to a video interview he gave back in August.

Since #Hawaii adopted vote by mail system, some Republicans have been skeptical, but BJ Penn says many of his supporters have been using it, and that mail in ballots "work perfect for Hawaii" – although he plans to vote in person on Election Day @KITV4 #HIGov #Election2022 pic.twitter.com/lqbKGDhFUx

“BJ Penn went from “fraud” to supporting mail in voting after realizing that 98% of Hawaii voters use it, to now back to “fraud” again after he lost the GOP primary for Governor” a Hawaiian reporter Tom George writes.

BJ Penn went from “fraud” to supporting mail in voting after realizing that 98% of Hawaii voters use it, to now back to “fraud” again after he lost the GOP primary for Governor #HIGov https://t.co/RINBZikMVL

To make his online presence even more ridiculous, Penn is now convinced a higher power doesn’t like anti maskers and has sicced a hurricane upon the great state of Florida. 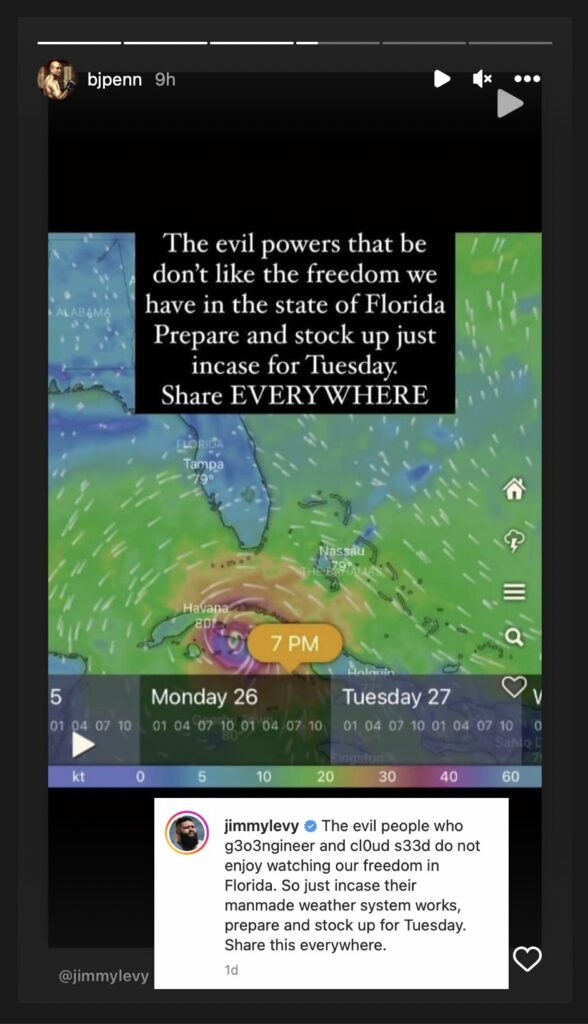 Interestingly BJ Penn was outed as a Flat Earther back in the day on Joe Rogan experience by a fellow mixed martial artist. What many people outside the movement don’t realize is that Flat Earth overlaps with Evangelical takes on Christianity. It’s certainly interesting to see Penn believe that a ‘higher power’ is against civil liberties.

Penn is also adamant he won’t support either GOP candidate for governor of Hawaii nor his democratic counterpart. He’s penned a post comparing them to Romney and Biden respectively.

“The leading candidate for Governor which is Dr Josh Green is the one who pushed and forced mail in voting on all of us so he can get into office because we see his kind coming from a mile. All of the plastic Hawaiians that support either of these clowns plans to screw over the people of Hawaii are a joke” 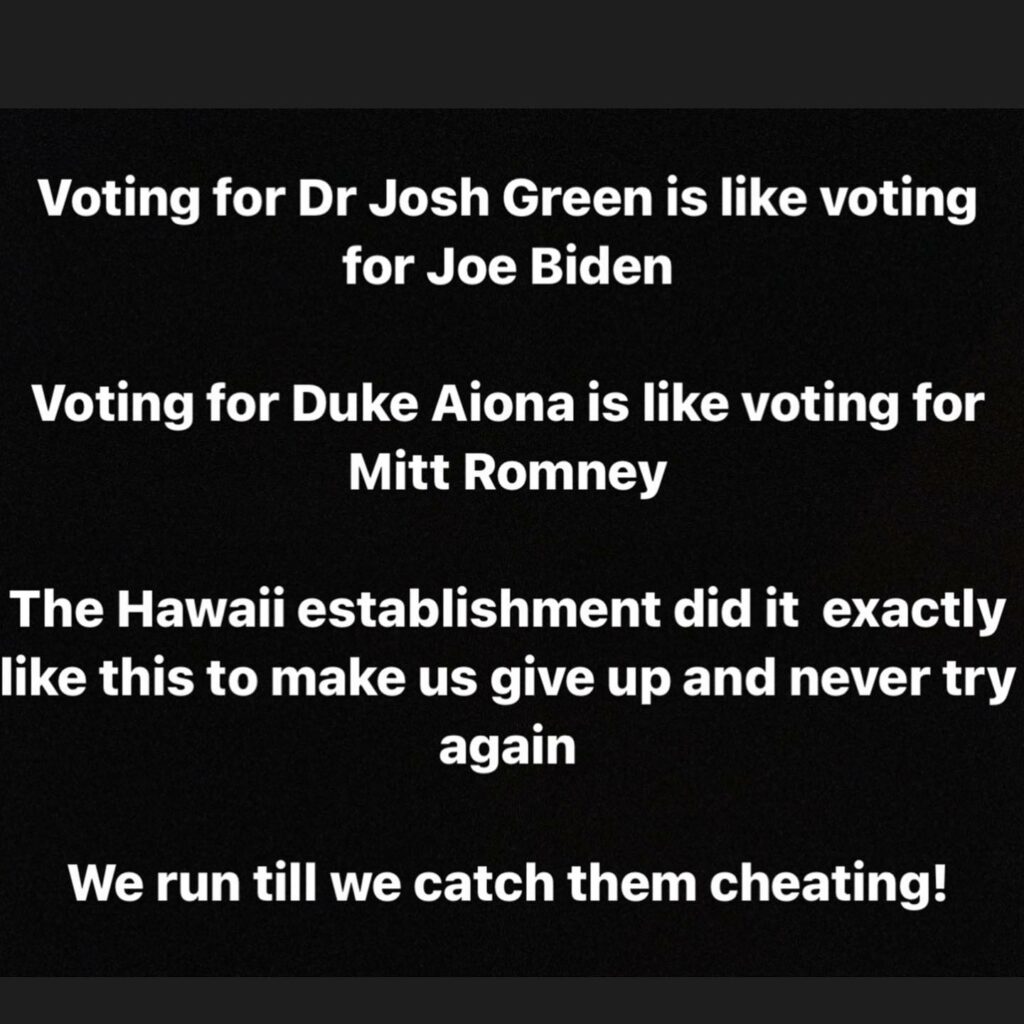 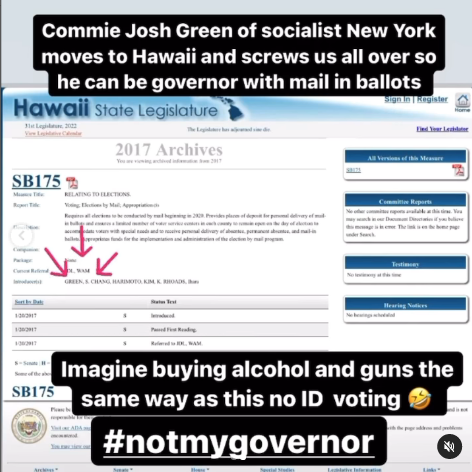