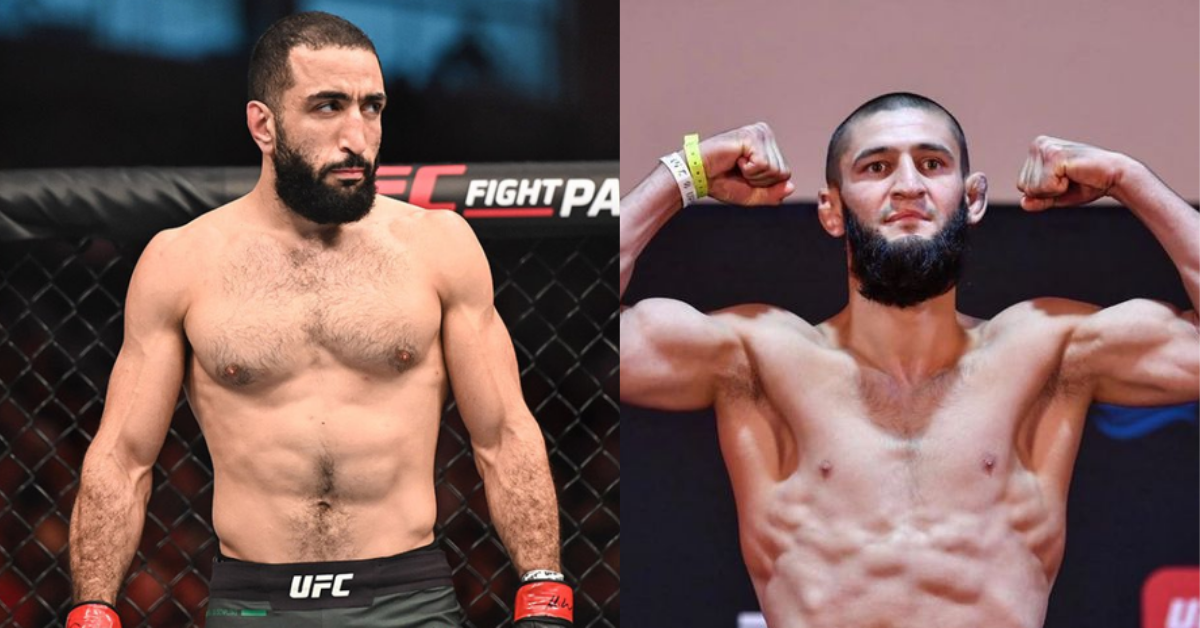 UFC’s Number 9 ranked welterweight Belal Muhammad revealed that he has been asked to fight Khamzat Chimaev. Belal said that he is ready to enter the octagon to face Chimaev in January next year.

On his Twitter account, Belal Muhammad revealed his conversation with his manager Ali Abdelaziz. The screenshot shows a piece of text saying “I’ll also be down for Chimaev in January too”. The text is a response of Belal to his manager asking about his next fight. Belal also tagged Jon Anik, the UFC commentator in his Twitter caption, saying “You really doubted me?”

There have been many UFC fighters getting in line to fight the rising star Khamzat Chimaev, including Belal Muhammad. Belal is currently filling the number nine in UFC welterweight division rankings. Belal has earned a professional record of 19-3-1 with 4 knockouts.

The ‘Borz’ has gained huge publicity through his last victory and outlandish showcase. A lot of MMA fans yearn to see his next fight.

The ‘Borz’ has been in the center of attention since his last fight against Li Jingliang. He was toying with Li and quickly ended the match via technical submission due to Li being unconscious. Chimaev has never lost a fight – he has a record of 10 wins and no loses. Chimaev fought in Brave CF before joining the UFC in 2020 where he won 4 fights.