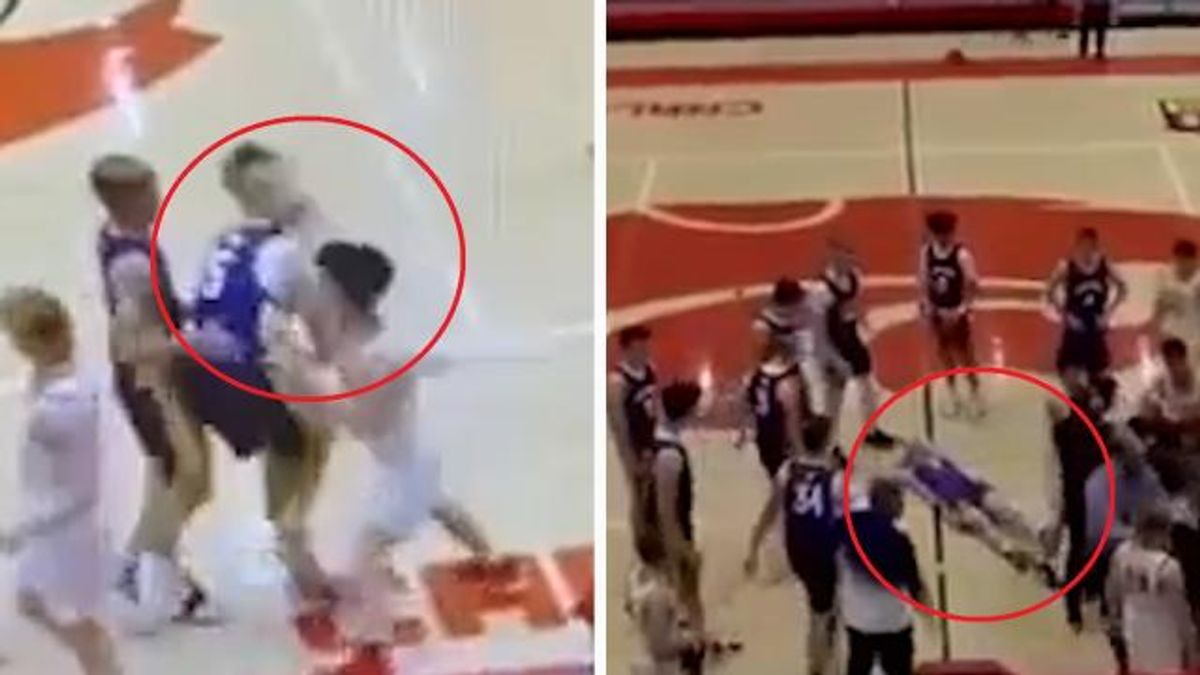 A high school basketball game in the USA ended in a scuffle between two teams after one of the players sucker punched member of the opposing team during the handshake.

A 17 year old high school basketball player was arrested following the attack. He was identified as Carter Prenosil, a senior at Carlisle High School in Iowa. He is believed to be the player who threw the first punch. The incident transpired following a game between Nevada Cubs and Carlisle  Wildcats. The game was fairly one-sided. Final score was 72-47 for the Wildcats.

It is unclear what was the actual motive behind the incident. But there are rumors that trash talk during the game may have instigated the brawl. It can be seen in the video that Prenosil punches Ty Dittmer of Nevada in the stomach first. The second punch rendered him unconscious .as the attacker hit him on the head.

One of the students said that Dittmer was unconscious for a good couple of minutes before he was capable to leave the court for medical attention. Dittmer received several stitches, according to KCCI in Iowa.

Prenosil was charged with ‘’willful injury” for “unwarranted punch”.

School superintendent Bryce Amos said in a statement to KCCI:
“This is without question an unfortunate incident that is not representative of the school culture that exists in Carlisle Community School District. I want to make it clear that this type of conduct is not tolerated at Carlisle CSD.”

The attacker has yet to receive punishment from the school district. Nevada Superintendent Dr. Steve Gray appreciated the staff that helped in ending the clash.

“It’s a very unfortunate situation,” he said. “I’m happy they de-escalated it. I thought our coaches and staff handled it well and got everyone out of there without it worsening.”
“This is without question an unfortunate incident that is not representative of the school culture that exists in Carlisle Community School District.
“I want to make it clear that this type of conduct is not tolerated at Carlisle CSD. The district will follow the student code of conduct policy and procedures throughout the investigation of this incident and implement appropriate consequences.
“All proper authorities have been notified of the incident.”

People on social media had mixed opinions on the incident. Some of them suggested banning the player for the rest of the season and some spoke against the mandatory handshake.

Quite a sucker punch. The handshake line is antiquated and irrelevant. There's no need for it. https://t.co/YV95XclLcR

This is a massive sucker punch combo and the kid #4 shouldn't play again this season.

Throw him off the team. I don't care what precipitated this. Sucker punch. What a coward. https://t.co/ynDbP0oop6