This past Wednesday, Dana White shared something quite out of character.
He posted screenshots of threats his daughter had received online. The threats originated on the @loganmurphyfuctheufc instagram account.

White asked for public’s help in identifying the perp:
“Do any of you know this scummy piece of f***ing shit @loganmurphyfuctheufc if you do please give me as much info as you have on him. He wants attention? He’s gonna get it.” 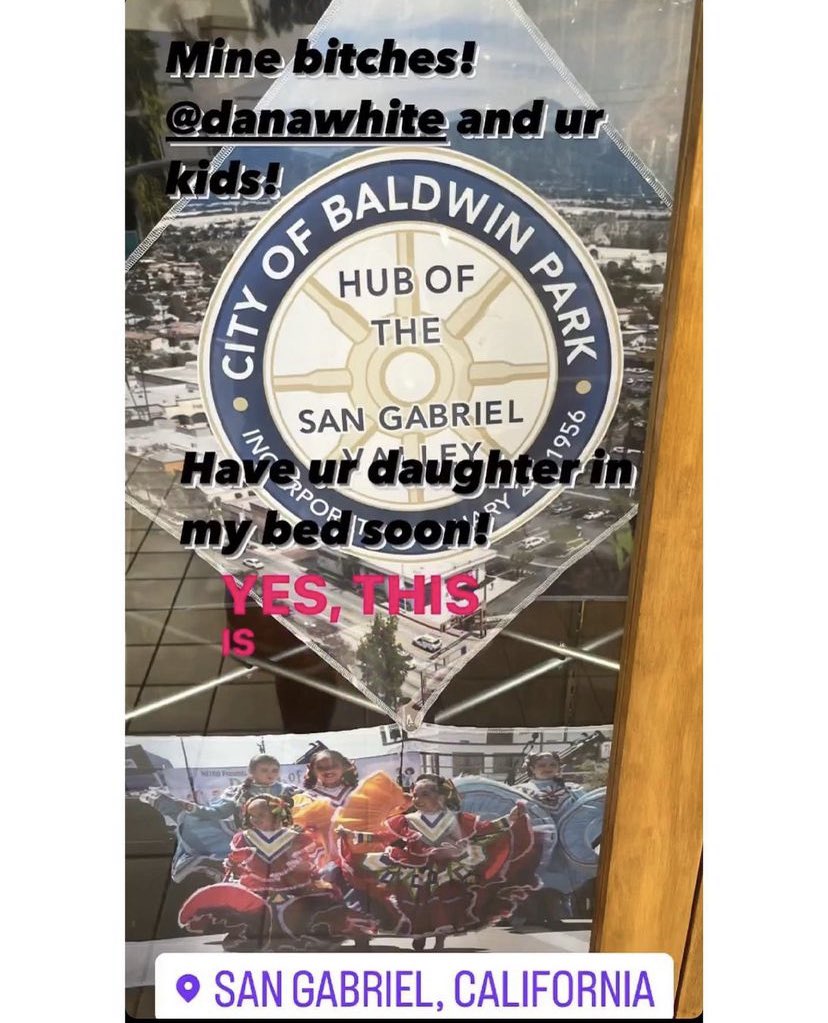 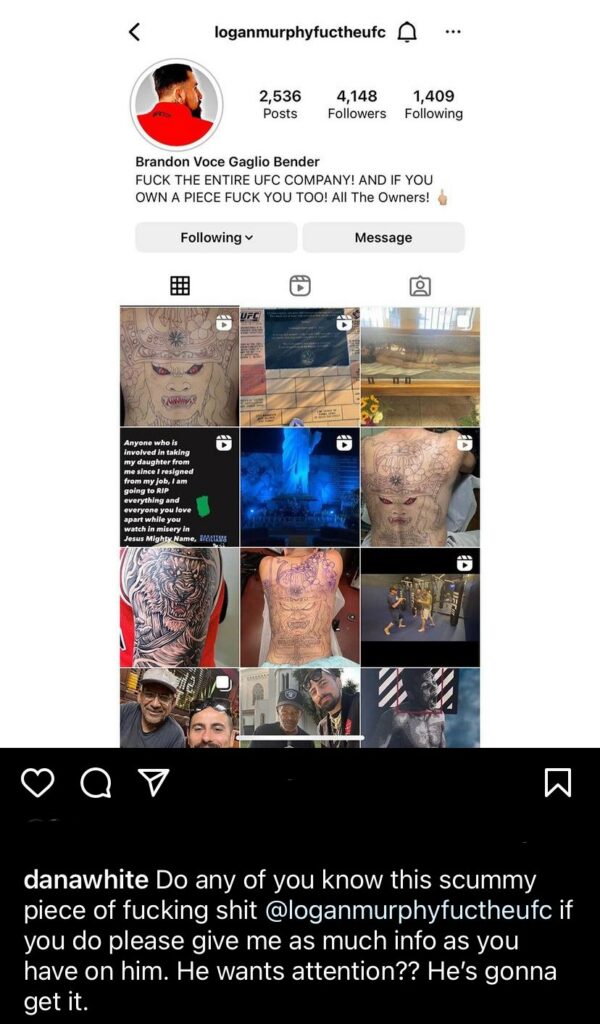 Journalist Alex Behunin shared a screenshot of Dana White sending words of dire warning to Bender after the information was revealed. 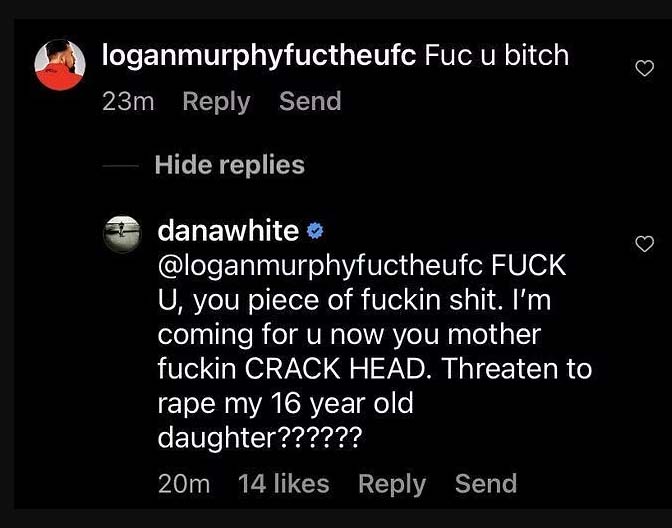 Brandon was previously employed at a UFC gym but has been terminated sometime in the last two months.

Dana White and wife Anne have two sons and a daughter. Sons Dana III and Aidan and daughter Savannah. They tend to stay out of the public eye.

Bender is 35 years old and has an MMA record consisting of 12 wins and 2 losses. He competed at bantamweight.

Cyberstalking is a criminal offense under American anti-stalking, slander, and harassment laws. A conviction can result in a restraining order, probation, or criminal penalties against the assailant, including jail. Cyberstalking specifically has been addressed in recent U.S. federal law.