Ariel Helwani’s transformation through the last couple of years has been very interesting to watch. For years, Helwani downplayed and stayed silent on the comments others had made about him but Brendan Schaub managed to change all that.

In a tirade last year, Schaub claimed Showtime didn’t want to work with Helwani any more and once again regurgitated the (inaccurate) version of the story of how Helwani got banned by UFC for breaking UFC 199 main event.

Last year Helwani all but destroyed him detailing a number of corrupt practices Schaub was utilizing in order to keep his many podcasts going.

Helwani outlined – and outed Schaub for plagiarizing him, Luke Thomas and Brian Campbell, for paying guests to go on Food Truck Diaries, for coercing guests to do multiple shows of his and for being fake to fighters.

“You botch it when you do it every single time. You sit there and you rip off our ideas. It’s plagiarism 101, except you’re not writing anything, you’re saying it and it’s harder to catch that way. But trust me we’re all on to you.”

“You sit there, and you talk about Tyson Fury being your favorite fighter. And then you say that you want to slit your wrist when you hear about mental health and Tyson Fury. You truly love Tyson Fury, you fake phony, you care about his struggles with mental health.”

This widely publicized drone strike led Schaub to apologize and to try and calm down the situation. Although he was unsuccessful at first, Schaub went on to actually apologize and pause talking about Helwani  – that is until this week.

This week Schaub inserted himself into ongoing Paddy Pimblett controversy.  Pimblett and his manager Graham Boylan were accused of asking for money for an interview. Helwani declined to pay for the interview – and instead discussed the incident anonymously the next day. Sadly, Paddy’s manager posted a prompt online asking mixed martial artists to seek money for interviews around the same time prompting many to put two and two together and figure out it was about them.

Schaub went on his youtube channel last week and sort of threw shots by proxy saying:

Helwani heard about it – and delivered another all time classic clip on the latest edition of MMA Hour.

” I did see a clip where my old friend Brendan was talking about the whole Patti situation, and I will be honest with you as well. I did not even watch the whole thing because there was a part of me that was like, What’s going on here?”

“What is happening? Why does this guy look so sad right now? What is this? Is this is this a normal thing or is he just having a bad day? And it was kind of like hurting me. It was hurting my heart to watch it. So I hope he’s okay. Sincerely, Brendan loves to do this thing where he talks about something and he makes it out like he hasn’t done anything wrong.”

“But then he’ll. He’ll throw, like, a little jab, he’ll make a little remark, he’ll hit you with a pot shot.”

“And so you want to side with these guys and you want to make it seem like, oh, you know, when they came to me, they didn’t ask for money or maybe they didn’t ask for money because they realize how stupid they sounded when I f**ing said no to them back in November of 2021, because you spoke to them afterwards, maybe they realized no one was willing to pay.”

Helwani misses a fact here – while there are no reports of Schaub offering financial incentives to come on his show he does gift the guests with limited edition sneakers that sell for a pretty penny on the secondary market. 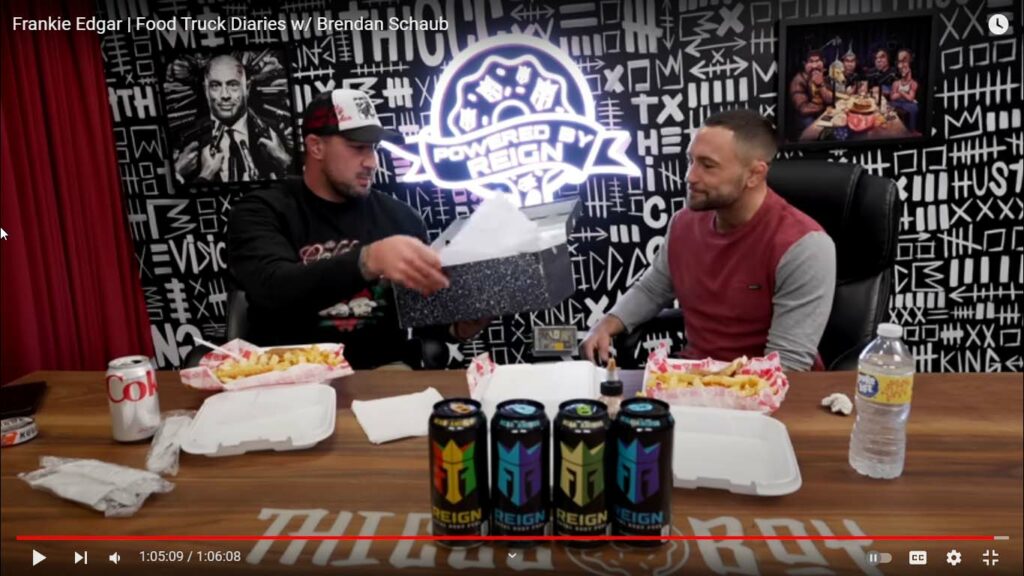 While the sneakers are from a sponsor they still carry retail value and as such are relevant. Schaub gave his most recent guest Air Jordan 4’s that retail for roughly 200$ – not too bad for an hour long interview.

In fairness to Schaub, he did not appear to gift Pimblett a pair of sneakers but regardless he’s still doing it.

Helwani actually went on to reveal that he heard from another podcast that Pimblett and Boylan asked to be compensated:

“And they saw the stuff that I was saying, and it’s anonymous show guys, and they told me that the same was said to them. So maybe they’re not smart enough to realize that they were stupid in saying that, that they were not out of line because I couldn’t believe that ”

He ended on a Schaub note saying: