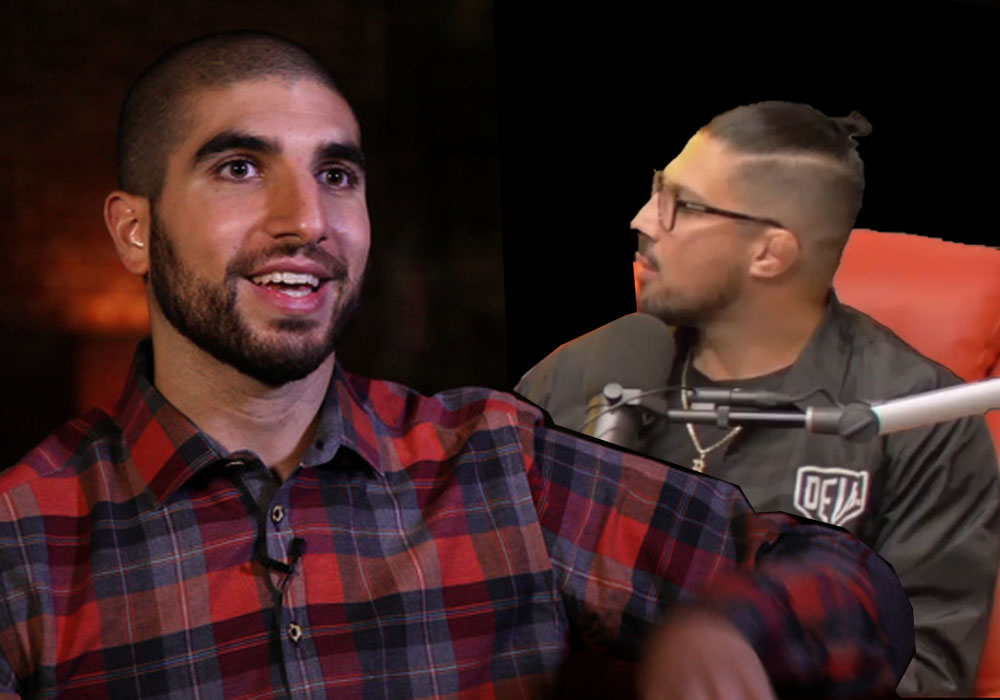 Ariel Helwani has turned a new leaf ever since he left ESPN. Seems that MMA’s leading journalist has taken it upon himself to also answer the latest round of provocations from former UFC fighter turned podcaster Brendan Schaub.

As a reminder Schaub was fairly salty recently when he delivered the following soliloquy:

“Unless you book some big name fighter,  or you have 17 fighters on your show, nobody gives a f— about your personal opinion. So you have to somehow [waves hands] muster something, try to figure it out – because everything you’ve ever done has never worked out for you.  That’s how these guys operate. And it doesn’t end well.  For any of them.

‘Cause they don’t have any talent, nobody’s paying attention. So they have to book big guests – so they have to talk s— about Joe Rogan – just to get views. ‘Cause if they get on here and rant on camera – like I do, for an hour – nobody listens.  ‘Cause they’ve never walked the walk. They’ve never been in the fight. They’re reporting on the storm. I’ve been in the storm.”

Joe Rogan… hasn’t been in the storm but he’s witnessed more storms than anyone in the world – he’s also a black belt in jiu jitsu – he’s also inspiration to millions and millions  of people. He’s also made millions, hundreds of millions of dollars off of podcast, he’s an entrepreneur. These other guys work from the man. “

And while we have thoughts on this Schaub rant, perhaps it’s best to let Heelwani deconstruct the narrative on his latest episode of MMA Hour. In the segment Helwani outlines – and outs Schaub for plagiarizing himself, Luke Thomas and Brian Campbell, for paying guests to go on Food Truck Diaries, for coercing guests to do multiple shows of his and for being fake to fighters.

Helwani started off his reply earlier in the show addressing the Bloody Elbow article calling for the removal of Joe Rogan from the commentary team – article he does not agree with in spite of having his disagreement with Rogan some years back.

“First of all they were talking about Rogan, they weren’t talking about you. He has the talent – you don’t. Let’s just call it like it is. He’s the guy with the 200 million dollar spotify deal – you don’t, and so don’t lump yourself in on that“

But Helwani wasn’t satisfied with this short rebuttal – he went to address every point of the above attached clip:

“Don’t talk about people’s jobs,  that’s how we got into this mess. Don’t talk about people’s livelihoods when you don’t know. Again, you keep doubling down you’ll text me and you’ll apologize and then you’ll  keep talking about it again. So, the bottom line is – tired of people like you, spitting lies, bsing us all, pretending like you know what you’re talking about.

There’s a reason I never spoke about you for five, six years. I never responded to you – I don’t need to. You talk about how I need to have 17 guests or so on my show, first of all five today and they were great, six if you count Pitbull. I love talking to these people. There’s a reason why when I went to ESPN they wanted to do Ariel on the bad guy, DC and Helwani. And actually the biggest point of contention between us was, that I wanted to talk to too many people.

If you look at the youtube numbers, On the nose – this segment does better than most of the fighters. But I love talking  to the fighters. It’s all about the fighters it will always be about the  fighters. So you can make fun all you want that I get 17 guests on my show that I need these guests to get over to get views and that.”

You sit there, and you talk about Tyson Fury being your favorite fighter. And then you say that you want to slit your wrist when you hear about mental health and Tyson Fury. You truly loveTyson Fury, you fake phony, you care about his struggles with mental health.