The 32-year-old threatened Lionel Messi for “kicking” a Mexican jersey in a short clip.

The clip showed the Argentina national football team in their locker room, and Lionel Messi can be seen in what was initially interpreted to be wiping the floor with a Mexican flag.

Early interpretations of the footage even expressed belief it was a flag of Mexico that Messi was disrespecting.

Many people would agree that Messi did not kick or step on the Mexican jersey. The jersey was simply on the floor, and Messi accidentally touched it with his feet. And jerseys being on the locker room floor after a match is a very common thing in football.

Recently, boxing veteran fMarcos Maidana chose a hilarious way to mock Alvarez. Unlike other figures where they tried to talk it out with Alvarez, Maidana prefers to get under Alvarez’s skin. The 39-year-old took to his Instagram account to post a picture of himself wearing a Messi mask. He posed while sitting down enjoying a cigarette and a glass of beer.

Maidana jokingly claimed to be the real Messi and said that he is ready to have a duel with Canelo Alvarez.

“Messi is waiting for Canelo.” Maidana wrote in the caption. 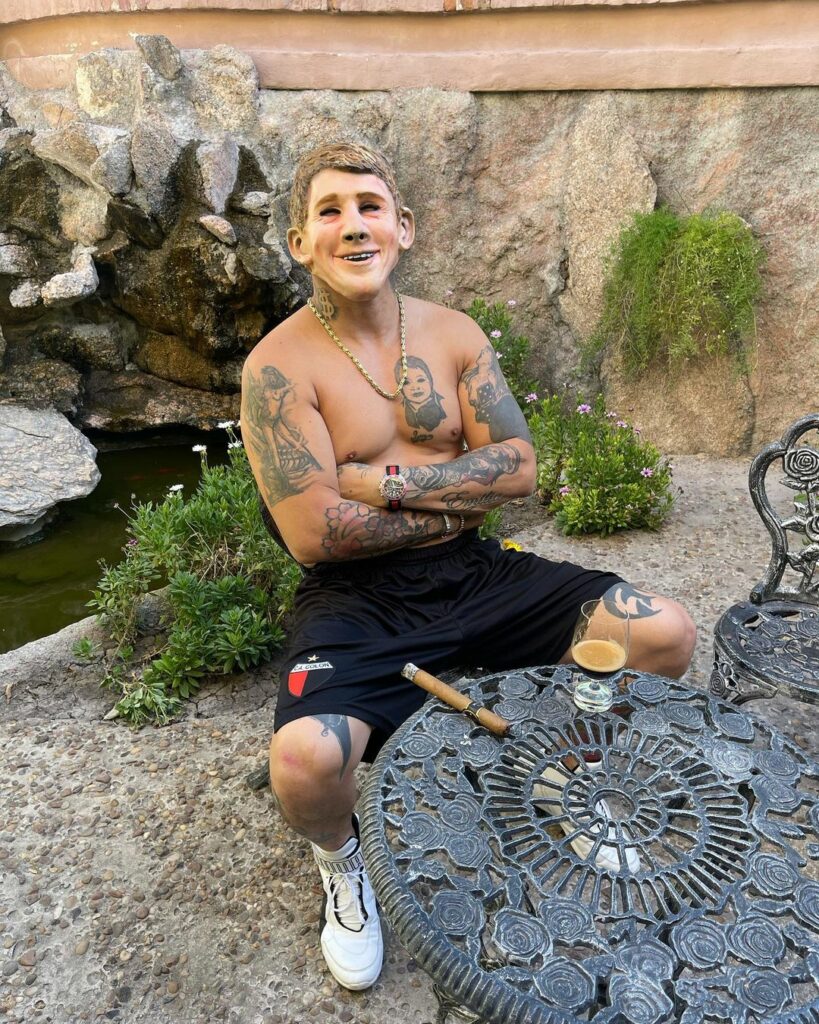 Maidana might be late to the party considering Alvarez already apologized.

Messi initially provided no response to the incident while it was going viral but he couldn’t escape public scrutiny after Argentina’s latest football match.

“It was a misunderstanding. Those who know me know that I don’t disrespect anyone. These are things that happen in the locker room after the game. I don’t have to ask for forgiveness because I didn’t disrespect the people of Mexico or the jersey.”

Alvarez initially doubled down on his questionable take but has since backtracked. The boxer acknowledged his overreaction and offered his sincere apology in an attempt to end the controversy.

“These last few days I got carried away by the passion and love I feel for my country and made comments that were out of place so I want to apologize to Messi and the people of Argentina. Every day we learn something new and this time it was my turn,”

“I wish both teams much success in their matches today and here we will continue supporting Mexico until the end.” the boxer tweeted.