MMA community lost a crucial figure yesterday when longtime competitor Anthony Johnson passed away at the age of 38.

On Sunday, Johnson’s death was revealed by Bellator MMA on social media. Johnson has been struggling with a medical condition for almost a year, according to a Bellator representative.

The announcement stated: “The BELLATOR family is devastated by his untimely passing and we send our condolences to his family and friends during this difficult time.”

Johnson had 17 knockouts and 6 decision wins during the course of his career. In May 2021, he had his last bout.

Johnson said on Instagram in September 2021 that he needed “as many prayers as I can get” and that he was fighting a disease, adding that it was “NOT COVID.” Johnson said on May 17 that his doctor had given him excellent news and that there had been “big improvements” in an Instagram post.

Johnson’s manager spoke to ESPN in late October. He said that Johnson was “going through some health problems right now … he’s not doing well.”

Rest Easy my brother. For a guy who struck fear in so many peoples heart Anthony Johnson was a caring person. From random text to check ins during loss. What a person he was, Rumble will be missed. Sometimes life doesn’t seem fair. Horrible news #RIP #Rumblesquad @Anthony_Rumble pic.twitter.com/HH2SO1dPj7

UFC Hall of famer Daniel Cormier sent his sympathies on social media. He wrote, “for a guy who struck fear into so many peoples heart Anthony Johnson was a caring person.”

“From random text to check ins during loss. What a person he was … sometimes life doesn’t seem fair.”

From 2007 until 2017, Johnson competed in the UFC. He is most known for his two light heavyweight championship bouts with Daniel Cormier. Johnson competed in three weight classes and developed a reputation as a formidable puncher and a fan favorite for his aggressive, striking-based style of MMA.

Little was known about what he was actually dealing with.

What happened to ‘Rumble’ Johnson?

According to Kevin Iole of Yahoo Sports, Johnson passed away due to organ failure from non-Hodgkin’s lymphoma and hemophagocytic lymphohistiocytosis, which is a rare disorder of the immune system.

While it’s possible to recover from non-Hodgkin’s lymphoma, there are many variations some more lethal than others.

Back in 2021, Johnson asked for prayers on his social media saying: 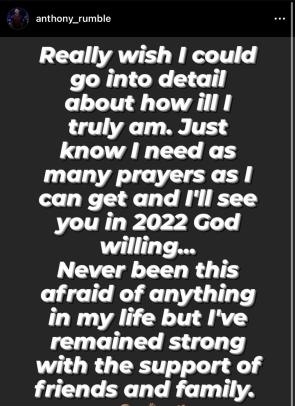 “He was always a great kid,” UFC president Dana White said of Johnson.

“He was always in fun fights and he had that one-punch KO power that not many people ever had. He was a good human being. I send my condolences to his family.”

Prior to his passing, Johnson seemed regretful about the times he wasted in his youth and had shared the following: 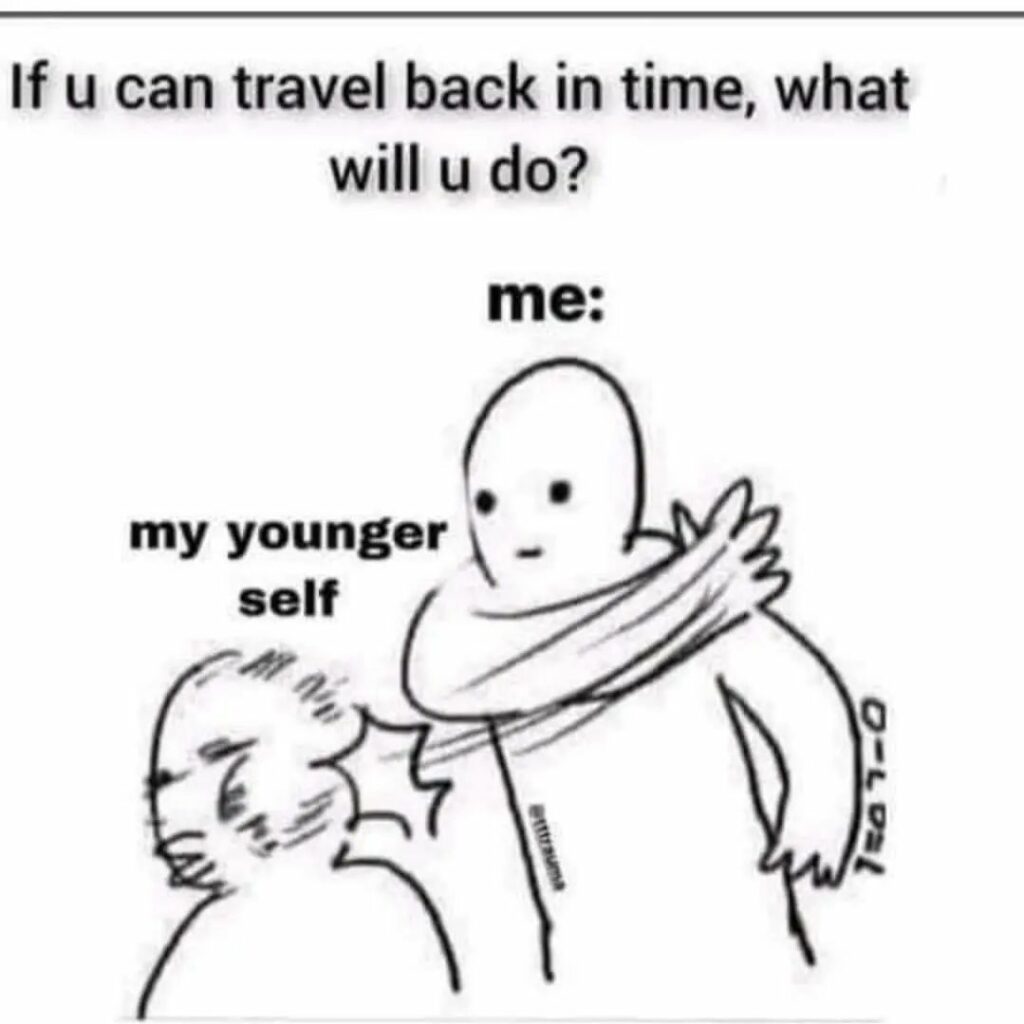 Rumble Johnson was a positive influence in the community and had shared many words of affirmation with other martial artists.