During UFC 273 everyone was amped and eagerly anticipating Khamzat Chimaev and Gilbert Burns. During the walk in, Chimaev seemed upbeat and relaxed – he even tried to outrun the UFC security team to the octagon. But the real shenenigans started once it was Burns’ time to walk out.

Chimaev calmly climbed the cage and vibed out alongside Darren Till. The moment was so memorable everyone was recording it including UFC president Dana White.

It was one of the best events in recent history and a FOTY contender. But now – with the arrival of Easter fellow UFC athlete Angela Hill chose to commemorate the event in her own style. Hill previously made UFC themed eggs depicting the commentary team Rogan, DC and Anik. 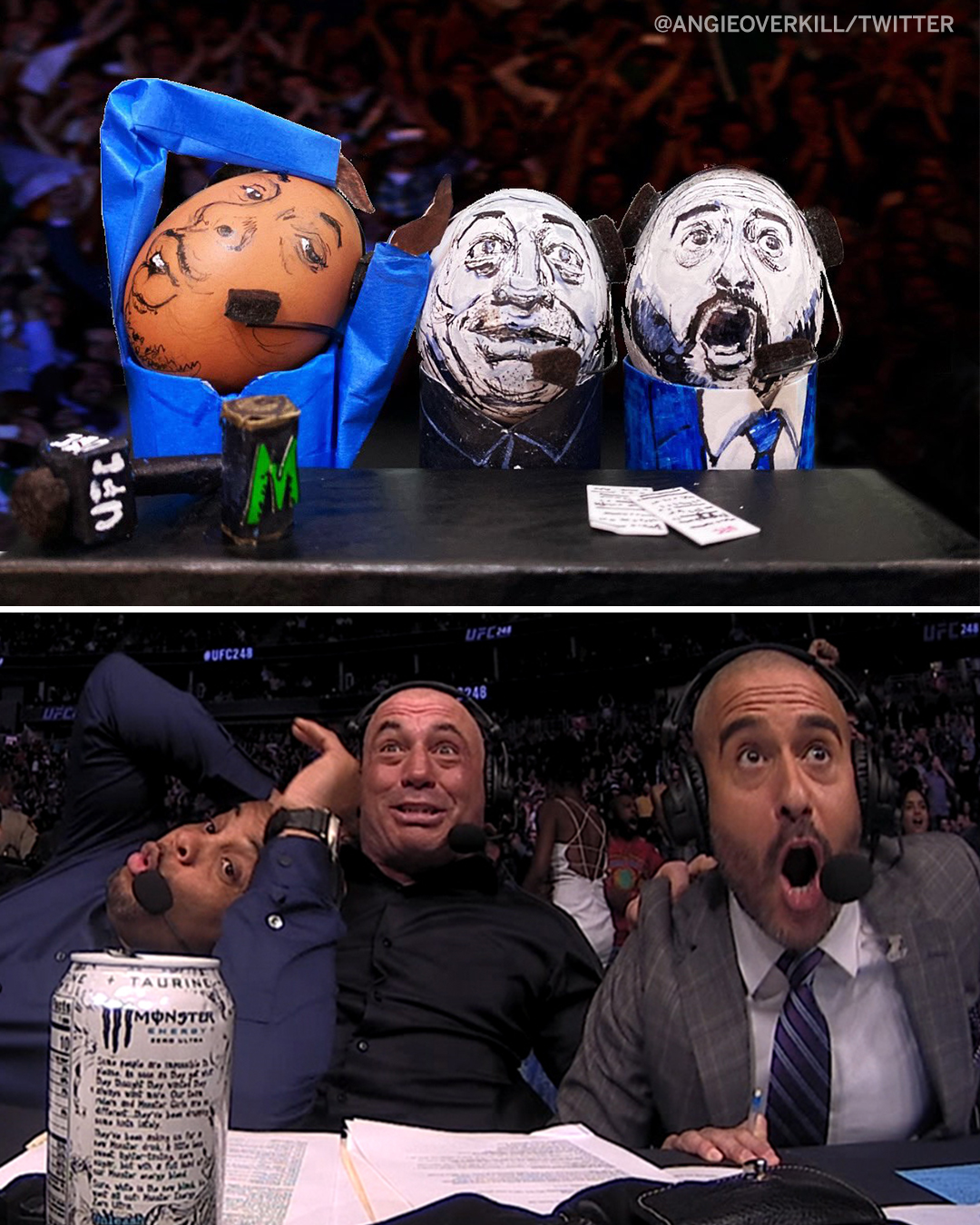 This time Angie chose to commemorate the Chimaev octagon hang. 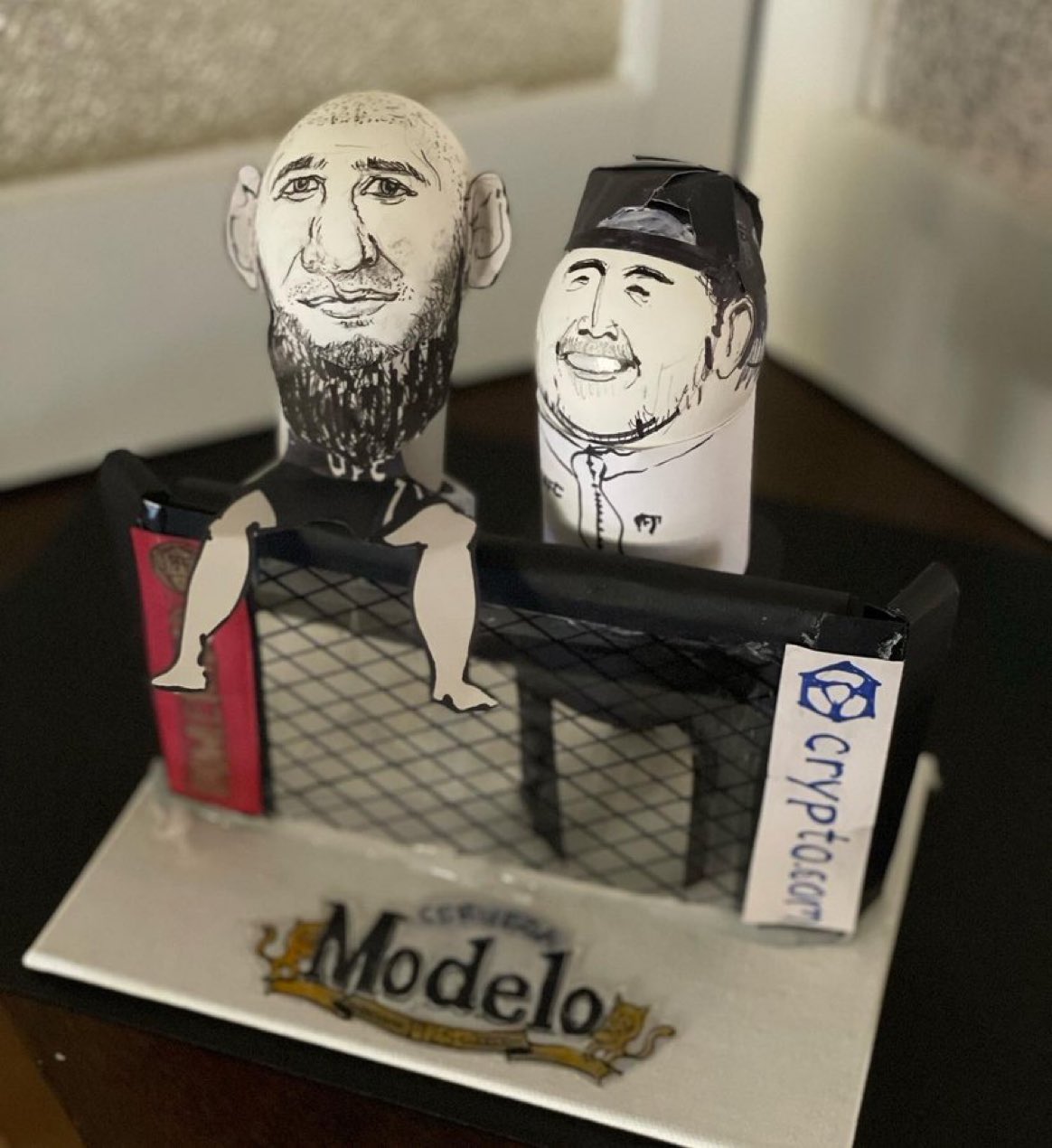