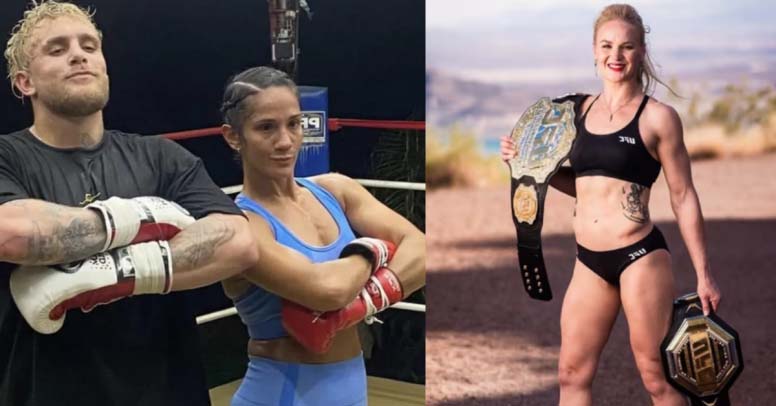 Following Jake Paul’s challenge to Dana White, the unified featherweight world champion boxer, Amanda Serrano, has said that she wants to back up her manager Paul under the UFC banner. Serrano picked one of the female fighters with the biggest fan base –  women’s pound-for-pound champion Valentina Shevchenko, as her opponent.

Amanda Serrano took to her Twitter account to express her will to fight the UFC Queen. She jumped in and backed up Jake Paul’s tweet where he requested:

Following Jake’s action, the 33-year-old Puerto Rican wrote that she will sign a 1 fight deal to fight Shevchenko.

“I will gladly sign a one-fight deal with the UFC to challenge Valentina for the Flyweight Championship if UFC agrees to Jake’s offer. Let’s make history.” Wrote Serrano on January 3.

Happy new year @danawhite. Here is a real challenge for you…

I will immediately retire from boxing and fight Jorge Masvidal in the UFC if you agree to: pic.twitter.com/bJScDVITvL

If this fight is confirmed, this will be Serrano’s 4th professional MMA fight. Amanda Serrano has gone 2-0-1 in mixed martial arts. She started her MMA career in 2018 with a fight that resulted in a draw. She won the other 2 fights via submission in the following years. A bit surprising for a pro boxer to win via submission, however, Serrano has a background in jiu-jitsu and has a 5-0 jiu-jitsu record.

Meanwhile, in her pro boxing career, Serrano hasn’t lost since 2012 and has won 28 fights back-to-back. She has successfully retained WBC, WBO, and IBO female featherweight titles against Yamileth Recardo in August last year.