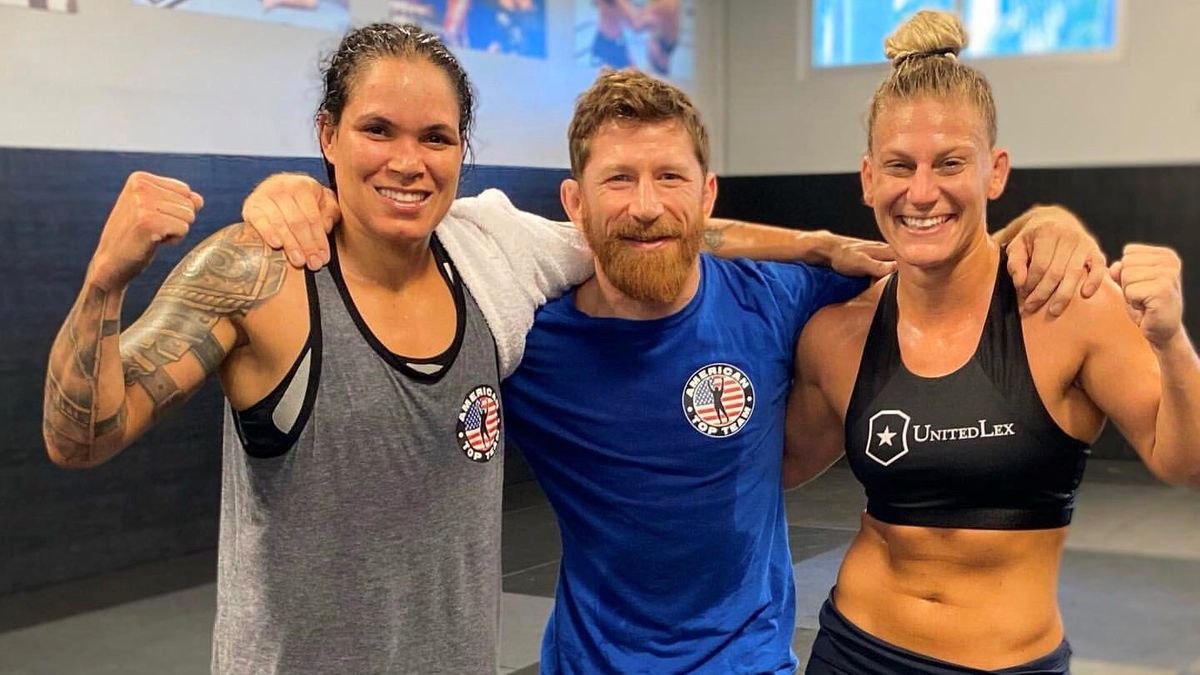 Amanda Nunes has been a reigning not one but two women’s divisions in the UFC for a long time. It’s doubtful UFC will be able to find someone to match her talents any time soon – especially at featherweight. Nunes is set to defend the bantamweight title against Julianna Pena at UFC 269 on December 11, 2021. Nunes is currently a heavy betting favorite with the bookies offering -1000 on her victory.

MMA fans have been dreaming about the fight between Amanda Nunes and Kayla Harrison. Many fans want to see Judo Gold winning Olympic medalist get into the octagon – and considering her size this could only happen at featherweight.

Harrison has been a longtime teammate of Nunes at American Top Team. During the media day, Nunes was asked about her opinion on Harrison joining the UFC and them potentially fighting.

Nunes replied:
“It’s up to her,” Nunes told MMA Junkie at a UFC 269 pre-fight news conference Wednesday. “Everybody knows of their own career. I hope she makes the right decision (whether) it’s with the UFC or in another promotion. I’m always going to treat her well. We train very good in the gym and we have much fun in the gym. So whatever she decides, that’s her business.”

Nunes may be considered the best female fighter in MMA but many believe that Harrison is capable of challenging her. Nunes tops the list of Women’s P2P rankings and is on a 12 fight win streak. While Kayla Harrison is undefeated in MMA with a record of 11-0 many of her opponents lacked credibility and were incapable of providing any kind of opposition.

Prior to confirmations that UFC was in talks with Harrison, White was disparaging regarding her skills. To Harrison’s credit, she didn’t hold it against White and reiterated she wants the best contract possible.

MMA reporter Aaron Bronsteter gave credence to rumors that UFC is in talks with Kayla Harrison:

“I’m interested in the whole Kayla Harrison thing,” White told TSN. “She says she’s the best fighter in the world, there’s only one way to find out: Come over here and fight the GOAT. You want to be the greatest of all time? Come fight the GOAT.”

Just spoke to Dana White and he confirmed that the UFC are having conversations with Kayla Harrison's team.

He believes that there is only one way to find out whether Harrison can be considered the best in the world and that's for her to join the UFC and face Amanda Nunes.