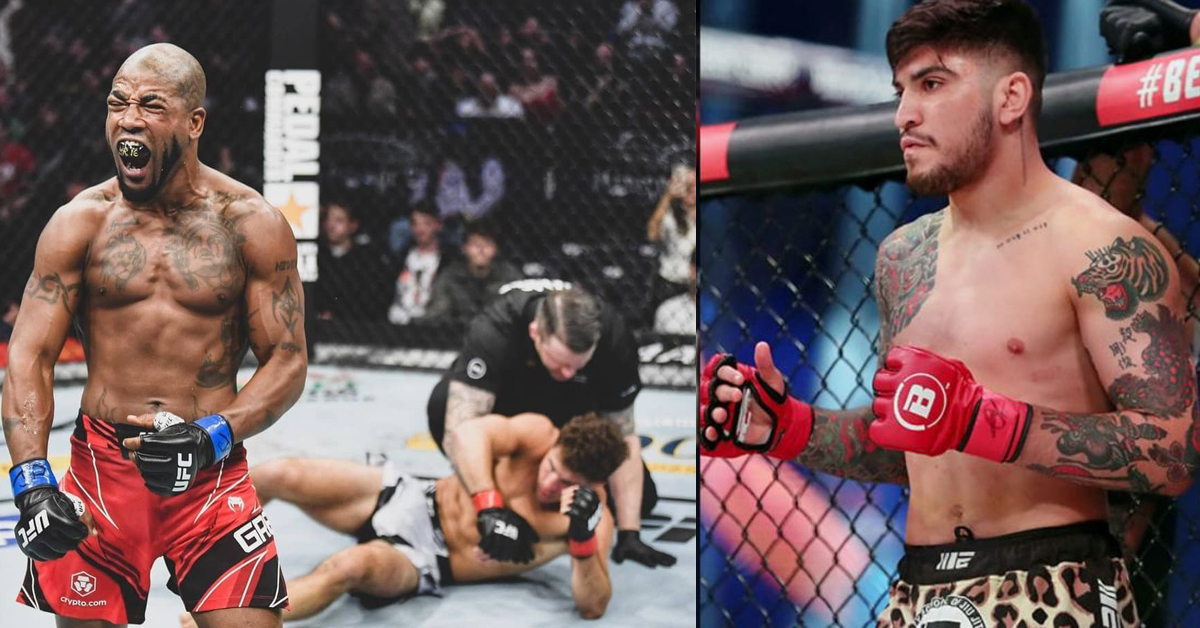 Conor McGregor’s teammate, Dillon Danis has become a laughingstock in the MMA world. He has a history of getting into controversies and making headlines. The Bellator fighter recently got into with Ali Abdelaziz backstage at UFC 268. Reports suggest that Danis got slapped by Ali Abdelaziz and he was escorted from the building by security. He also may or may not be banned from attending all future UFC events.

He was also bullied by Jersey Shore bouncer. He was arrested and charged with disorderly conduct in New Jersey in September. According to Danis – this was a misunderstanding and the bouncer that restrained him might be in trouble with the law for impersonating an officer.

Al Iaquinta, a New Jersey native, was a vocal supporter of the New Jersey Seaside bouncer that restrained Danis – but it turns out their beef comes from a separate incident.

Recently in a podcast, Al Iaquinta shared his experience with Dillon Danis.

“I was in Manhattan one night with a bunch of my friends. We were going to a party and he couldn’t get in,” Iaquinta told MMAMania.com, mulling that it’s becoming a regular problem for Danis. “It’s starting to become one, right?

“He couldn’t get in. I was waiting in line with my buddy and a few other people waiting to get in. He came to me. I think he couldn’t get in so he was going to try and hop in with us. He was like, ‘Yo Al!’ kind of thing. First off, I have enough friends. I don’t need a friend out of Dillon Danis. Plus, I’m pretty sure he said some stuff on Twitter. I was like, ‘Dude, I’m just going to hang out with my friends. Have a goodnight.’ He got mad that I kind of gave him the cold shoulder and the attitude changed. I was like, ‘Dude, if you have a problem, I’ll fight. Let’s f—king go right now. You’ve got an injured knee. I will kick your kneecap across the street right this second.’”

“His friends immediately stepped in and were like, ‘Woah, no, no.’ He’s all talking tough behind his friends. The bouncers were like, ‘You guys gotta leave. Everyone’s gotta leave.’ We walked. We did a lap around the block. We came back, went to the party. Dillon Danis was nowhere to be found. We had a great night. He almost ruined it but, thankfully, his friends stepped in and I didn’t get an assault charge because that was guaranteed wherever this was leading.

“The guy is weird,” Iaquinta continued. “He came up to me like we were friends. Dude, I don’t f—king know you. That’s not the kind of person I associated myself with. I think he quickly got the idea and felt a little hurt that I kind of gave him the cold shoulder. Ever since then, he’s had a little problem but that’s his problem, not mine.”

While Iaquinta might be truthful about this altercation it’s also probably useful to note he’s likely trying to distract the public’s attention from his UFC 269 loss against Bobby Green.