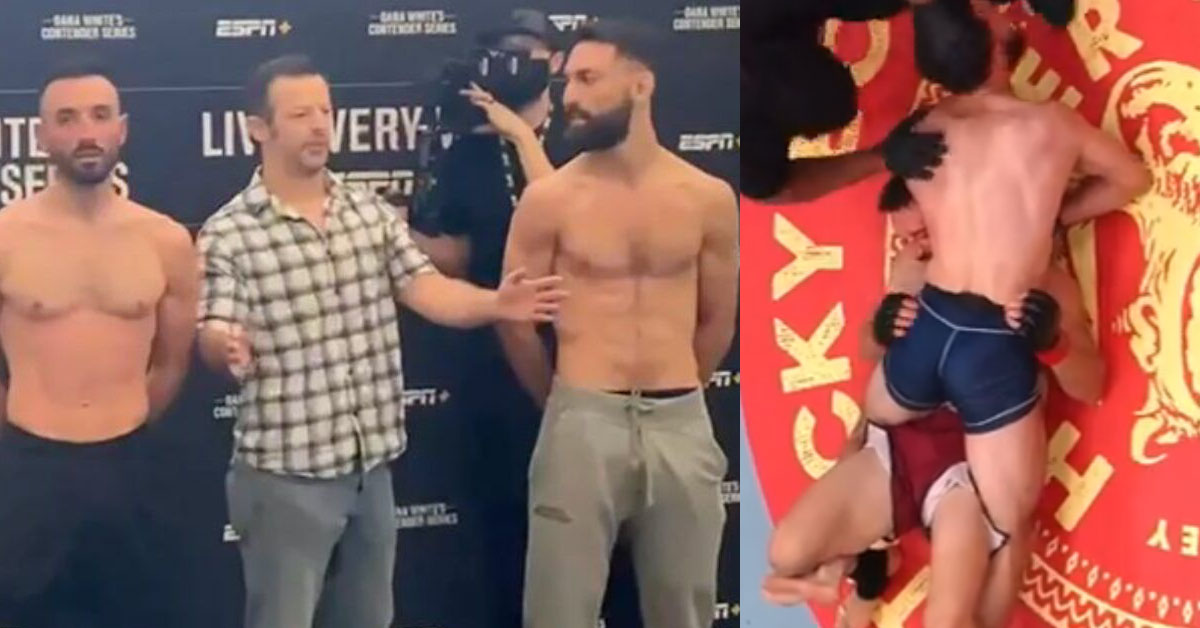 Oron Kahlon, an Israeli bantamweight fighter crossed a line and mocked Javid Basharat by
calling him a terrorist during the staredown for Dana White’s Contender Series. This is most likely
because Basharat is an Afghan.

The verbal sparring started when Oron Kahlon missed weight by three pounds and Basharat used
that to insult Kahlon. During the staredown both fighters faced forward to face the camera. And at this moment Kahlon said, “You’re a terrorist” to Basharat and he only responded by pointing his finger.

Oron Kahlon (left) missed weight (3lbs too heavy) for his scheduled fight tomorrow at #DWCS. He will be fined 20% of his purse.

Javid Basharat wasn’t happy about it and didn’t shake hands with Kahlon. Kahlon called him a terrorist soon after…. pic.twitter.com/N5pflxW2wU

This is undoubtedly a disgraceful moment that shouldn’t be done by any fighter or anyone. As
we know the situation in Afghanistan is critical due to recent conflict in the government. Luckily,
Javid Basharat took the insult lightly and still focused on the coming fight.

“This p***y wanted a way out by missing weight by 3 pounds. I told him still gonna whoop his a**, he then called me a terrorist. Unlucky for him I ain’t going nowhere. I’m waiting to see him tomorrow.” Said Basharat on his Instagram account.

Oron Kahlon and Javid Basharat were both on win streaks prior to their fight. The score for Kahlon is 12-0 and 10-0 for Basharat.

Basharat’s having fun in there tonight ?

After the fight Dana White said Oron Kahlon got his comeuppance for calling Javid Basharat a “terrorist.”

“In this insanely politically correct world we’re living in, this is one place that is not.”