Israel Adesanya has been the latest public figure to voice support for better fighter pay. Thanks to the certified the class action law suit  against the UFC  we know fighters are getting 18% of the revenue generated from an event. This is in stark contrast to mainstream sports where the athletes are compensated with 50% of the revenue they bring in. 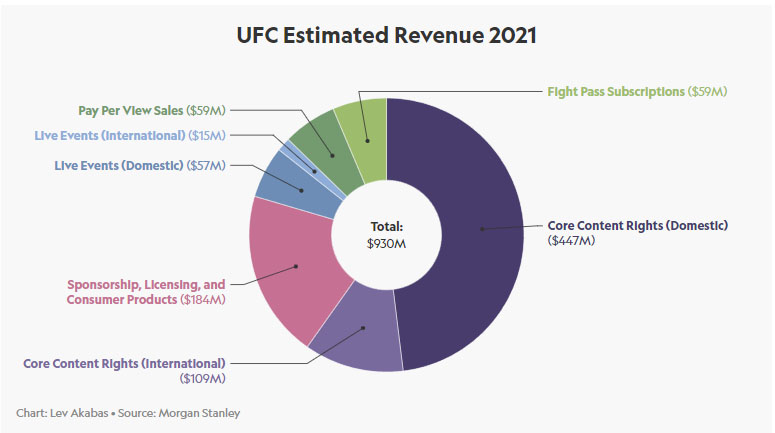 “A guy starting his first fight in the UFC should not be fighting for, you know, whatever it is, 12 grand or 10 grand. Yeah, 10 to 12, something like that. Yeah, they shouldn’t be fighting for that. They should be fighting to make enough to be able to pay their manager, to be able to train full time, and not have to work a second or third job. That’s just embarrassing to the sport, I feel. That’s embarrassing to the UFC that a high-level athlete should be doing that.”

At the UFC 271 post-fight press conference, Adesanya had a lot to say about the subject.

“I’m not saying pay debutants some crazy money. I’m just saying pay them enough to be able to train, feed their family and not have a second or third job.”

The issue of fighter pay is receiving a lot of attention thanks to the attention Francis Ngannou and Jake Paul are shining on the subject.

The conversation is more than worth considering there are longtime fans of the sport who are unaware that the fighters are nickel and dimed. One of the cases is famous rapper Snoop Dogg who even served as commentator for Dana White’s Contender Series.

Snoop Dogg appears to believe that the fighters were making at least Millions – as opposed to the $10,000.

“Imagine when these, for example, try UFC fighters. Someone who wins on the Contender and he gets a contract for 3 fights and then he gets another 3 fights and now he’s got $20-30 million and then two years later he has 0. Because he didn’t know how to position it ”

That value couldn’t be further from the truth.

According to International business times:

Politician Andrew Yang tweeted in support of unionizing as far back as 2018 saying:

“Dana White crowing about the UFC being worth $7 billion – meanwhile UFC fighters are making as little as $12k/fight and less than 1/3rd what other athletes make as a % of revenues. MMA fighters need a union in the worst way.  Leslie Smith  is a hero for trying to make it happen.”

Dana White crowing about the UFC being worth $7 billion – meanwhile UFC fighters are making as little as $12k/fight and less than 1/3rd what other athletes make as a % of revenues. MMA fighters need a union in the worst way. @LeslieSmith_GF is a hero for trying to make it happen.