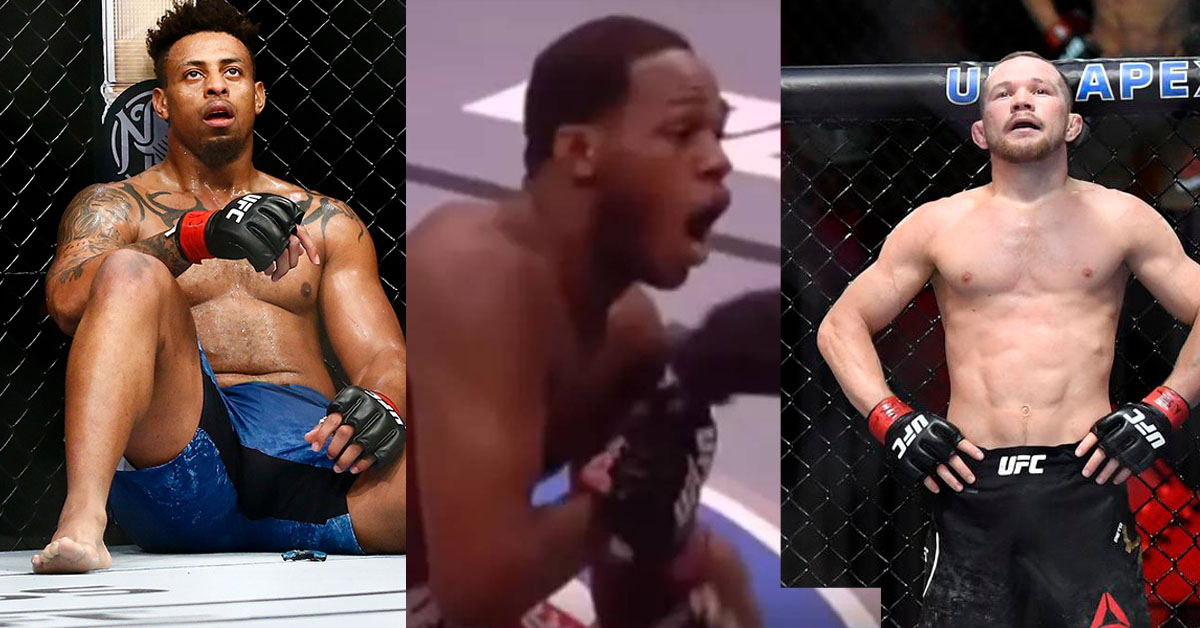 Former NFL star Greg Hardy was disqualified during his debut match in the UFC against Allen Crowder at UFC Fight Night 143. Hardy landed an illegal knee attack on Crowder’s head when he was grounded. He was then immediately disqualified.

Big mistake for Michael Pereira because he was dominating the whole fight. The bout took place at UFC Fight Night 167 against Diego Sanchez. When dominating the fight, Pereira accidentally landed an illegal knee on Sanchez’s head.

Knees to the body drop Sanchez followed by an illegal knee resulting in him winning via DQ #UFCRioRancho pic.twitter.com/33vd5duifj

Jon Jones was disqualified at the UFC – The Ultimate Fighter 10 Finale back in 2009. He was fighting Matt Hamill. It was his one and only defeat in his UFC career. Even though, he wasn’t actually defeated. He was disqualified after he used the banned technique referred to as 12-6 elbow.