MMA is a ruthless sport by nature.

Although it’s rising in popularity, the sport itself is not for everyone.

There are few names that still managed to overcome their personal limitations and compete in the sport. Despite their disabilities they had will and dedication to the sport.

First on the list is UFC veteran Tracy Telligman. As one of the pioneers of the sport, the ‘Trauma’ was active professionally from 1995 to 2005. 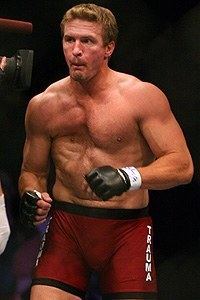 Telligman was known for having only one pectoralis major muscle and one lung, a result of a car accident during his childhood. But despite the injury, he proved his dedication by winning seven of his total 13 MMA bouts in the big leagues such as UFC, PRIDE, and Pancrase.

Next up we have ‘the Notorious’ Nick Newell. The Connecticut native was born with a congenital amputation of his left arm, which left him with only one full arm. 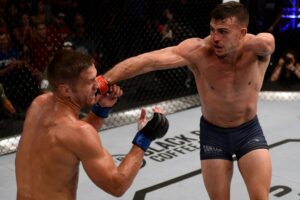 However, he refused to give up on his disability as he grew up playing soccer, baseball, and eventually, wrestling in his teenage days. Between his high school and college days, Newell had over 300 victories in wrestling.

He eventually found a love for the sport of MMA. With his solid wrestling background, Newell proved his quality and went 16-4 in his professional career. He is currently active in Bellator MMA.

The third on the list is the No.3-ranked UFC flyweight Askar Askarov. The Dagestani athlete was born deaf, and though his hearing has improved, he can only hear approximately 20% of the sounds most people can. 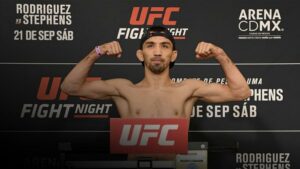 Despite not being able to hear his corner during his bouts, he still proceeded to win several championships including the 2017 Summer Deaflympics gold medal in wrestling and ACB flyweight title.

He also only has one loss in his MMA career, a recent decision loss to Kai Kara-France in March. Askarov was set to return against Alex Perez on July 16, however, he withdrew from the bout.

And the last on the list is UFC legend, Michael Bisping. A veteran of 39 MMA bouts, ‘The Count’ is a former UFC middleweight champion, which he won on short notice against Luke Rockhold in 2016. After retiring from the sport in 2018, he revealed the surprising news that he was actually visually impaired in the later part of his career. Bisping suffers from strabismus, which is a condition in which the eyes are not properly aligned when looking at an object. This was caused by a detached retina injury from the bout with Vitor Belfort in 2013, which Bisping lost via TKO in the second round. 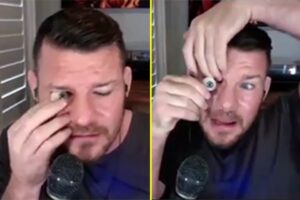 The loss was controversial as at that time Belfort was on testosterone replacement therapy, which was later banned.

He retired after revealing issues in his good eye from his last bout against Kelvin Gastelum, which he lost via KO in the first round. Bisping was later inducted into the UFC Hall of Fame in 2019 and currently serving as UFC color commentator.