The two boys fought at the Siam Omnoi Stadium for a 4 million baht reward. 4 million THB is roughly $113,000 USD dollar. This is life changing money.

Yodpetchek defeated his opponent Jakkrit after a 5 round war with both fighters bringing a bus load of supporters. YodpetchEk UFAboomdeksian received a tip of 200,000 baht after winning the grand prize.

There was a side bet of 4 million baht or $113,000 USD Yodpetchek was overcome with emotion after winning the fight and will no doubt be the local hero for a long time to come. 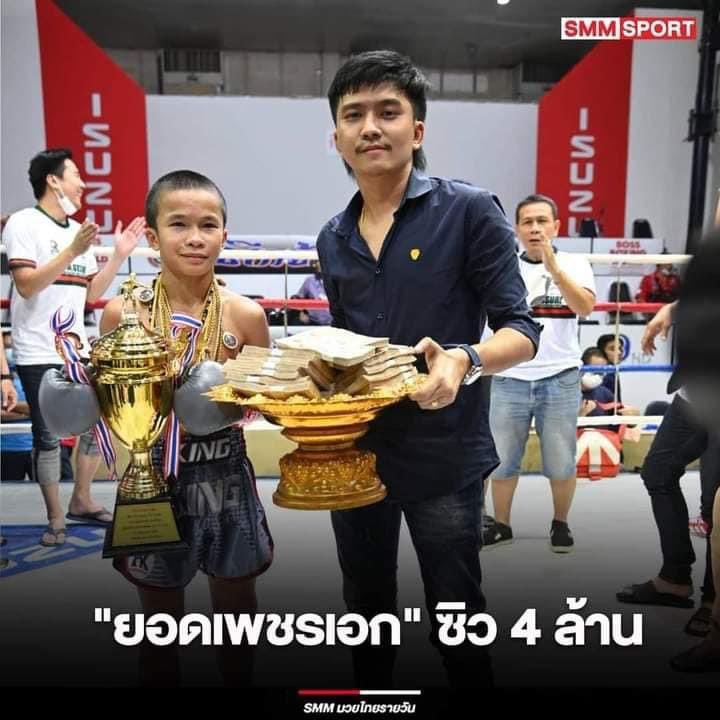 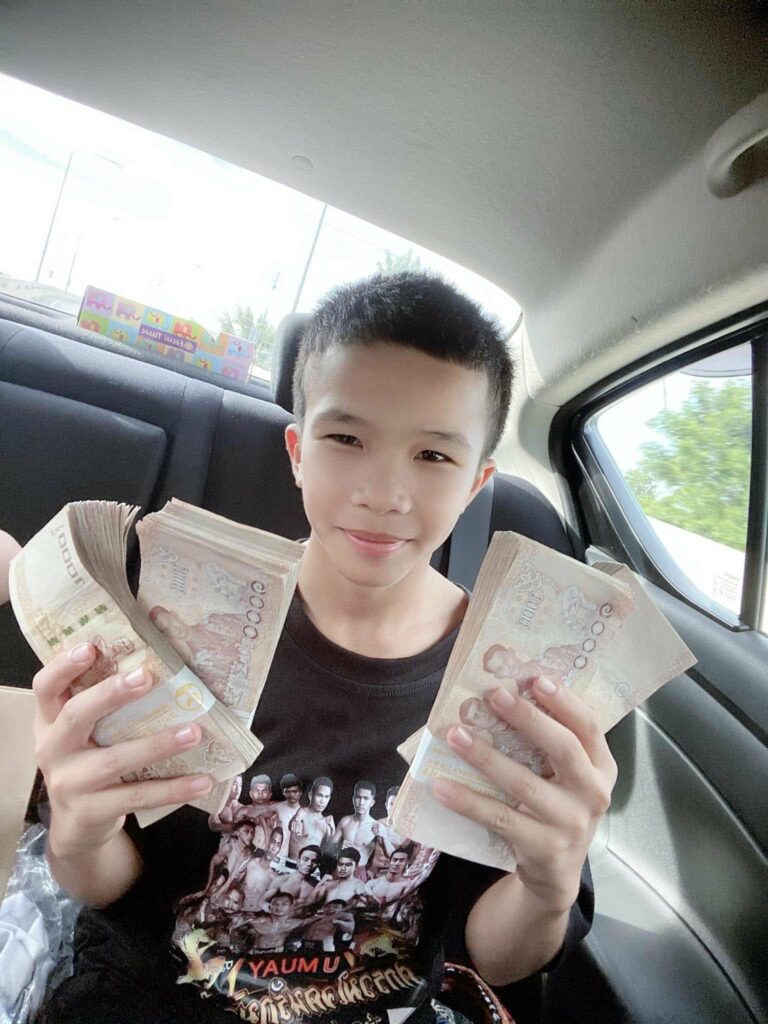 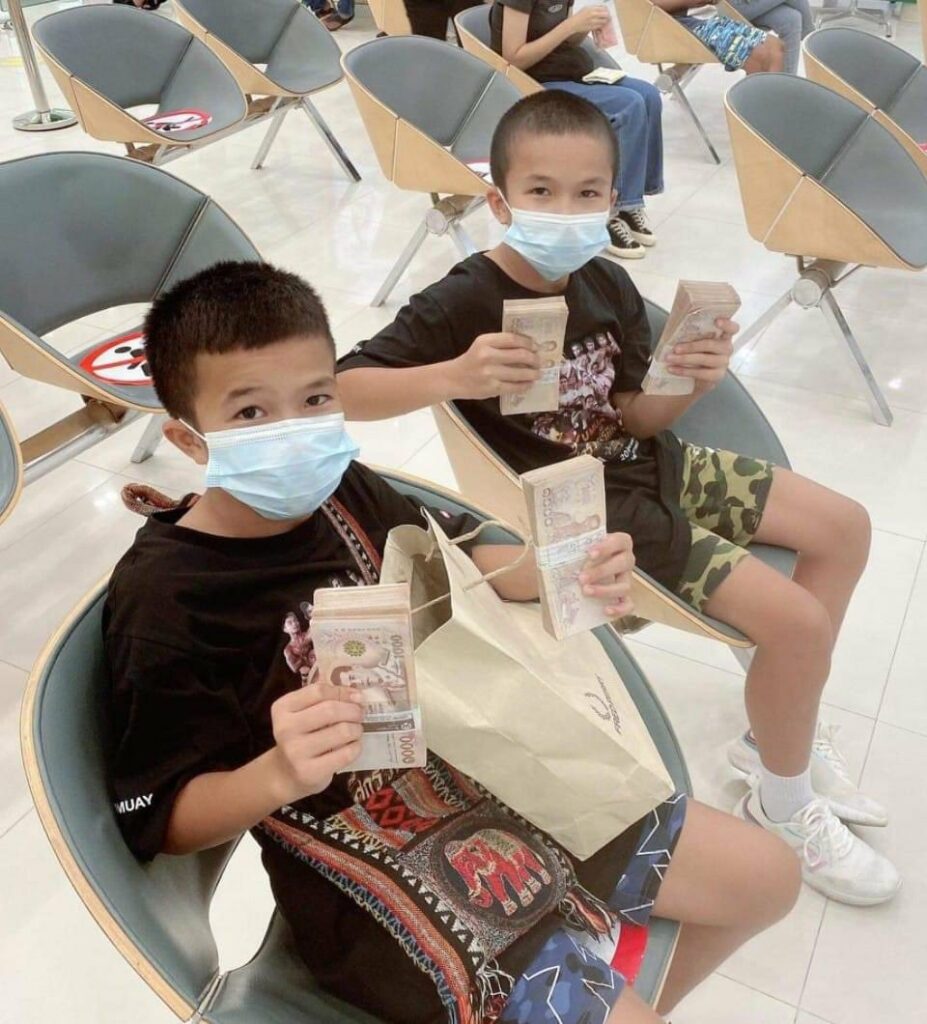 Yodpetchek has a twin brother who is also a Muay thai figher. The two fought on the same card last year.